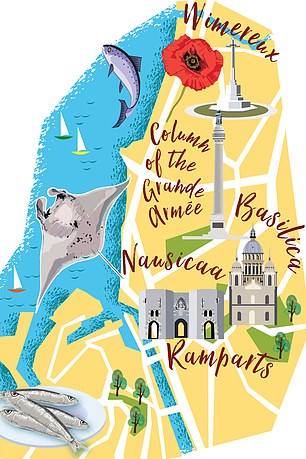 Explore Boulogne, a ‘tale of two towns’, on a budget

‘If it were but 300 miles farther off, how the English would rave about it,’ Charles Dickens said of his beloved Boulogne.

Today, unassuming Boulogne is a tale of two towns. There’s the fortified Upper City — with its complete stone wall — which is sure to delight fans of antique Gallic charm, while downhill you’ll find a bustling shopping area and France’s largest fishing port.

No surprise, then, that quality seafood is a priority in the myriad restaurants.

It’s almost impossible to believe the amount of character you get for your money at this former vicarage in the old town: antique Harrods furniture, ornate cast-iron radiators, framed Hermes scarves on the wall — not to mention views of the basilica’s big and beautiful dome next door. And did we mention the sizeable double-height rooms?

This family-run B&B is set in a charming old town house over the road from the local conservatoire. Listen out for the wonderful strains of cello practice through its large windows. Indoors, there’s a focus on pampering, with Jacuzzi baths in the larger of its five rooms and a hot tub in the large garden. 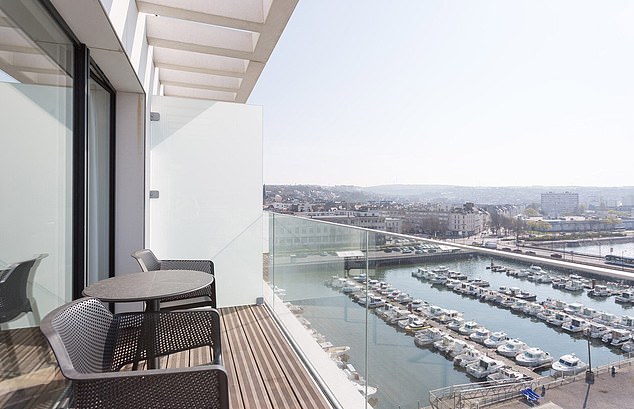 One of Boulogne’s most recent openings, this sparkling-clean apartment-cum-hotel concept has the facilities required for a comfortable self-catered stay (and the wifi is good). Floor-to-ceiling windows in the lounge area offer great views (and seagull sounds!) across Boulogne’s port, which is peppered with hundreds of little fishing boats. It’s a short walk to Nausicaa, France’s national aquarium.

This little eatery down by the port is Boulogne all over: small, unassuming and family-run, but with a loving attention to detail. Expect a traditional menu of homemade French fare that changes with the whims of its gourmand owners.

This market square restaurant is a clear reminder that in France eating well while eating out remains a common right. Just £15 will fetch you a well-turned plate of something wholesome and satisfying, a glass of wine, a dessert made by the in-house patissier and, of course, a coffee. That it has attentive staff is a delightful bonus. Visit Chez-jules.fr.

Here, the eponymous Brigitte and her husband serve no-frills pleasure in the form of fresh fries from their been-here-forever trailer. Typical of northern France (and the Low Countries next door), this delicious fast food is best served with a piping-hot fricadelle sausage and piquant samurai sauce (£5.20). To be eaten seated, with one’s feet dangling off the edge of the harbour. Address: Quai des Paquebot, 62200.

What to see and do

It would be remiss not to pay ‘Europe’s largest aquarium’ a visit. Its huge pool ‘recreates a high-seas ecosystem’ for 24,000 creatures from sharks to shellfish. The above-water-level tour shows experts feeding the giant manta ray, which is five metres wide. Visit nausicaa.co.uk. 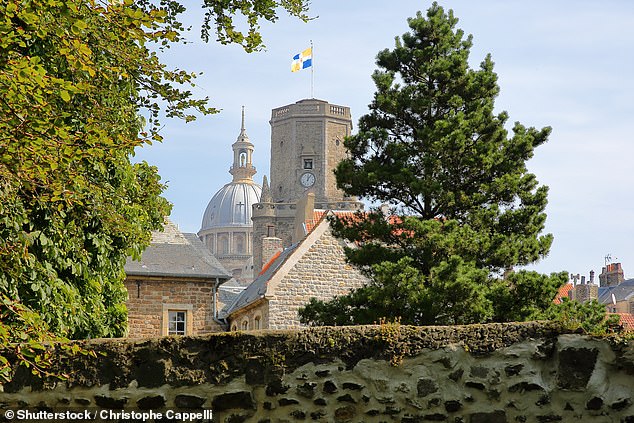 Boulogne’s beautiful ville fortifiee is packed with attractions. Start off with a walk around its ramparts for the best views of the ‘old France’ architecture within.

Inside, hop up the Unesco-protected belfry before moving on to the castle and basilica. A happy hour is spent marvelling at the latter’s crumbling, neoclassical dome and fine mosaic work. Visit boulonnaisautop.com/en.

Boulogne has an incredible military history. It’s from these shores that Julius Caesar set sale on his two Britannia invasions and where Napoleon had intended to.

Get a sense of old Boney’s aspirations with a visit to the Column of the Grande Armée (£3 entry), atop which you’ll find the man himself, facing away from England. You can climb to the top —but be warned: it gets very windy. Visit boulonnaisautop.com. 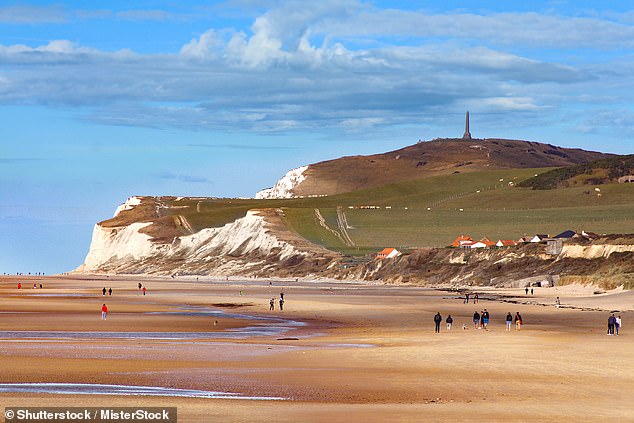 After investigating the World War II paraphernalia at Musee 39-45, hop in the car to Cap Gris-Nez (above), the nearest point to England

There’s a vast collection of World War II paraphernalia on display at The Musée 39-45 in nearby Ambleteuse (£8 entry). Once you’ve had your fill, hop in the car to Cap Gris-Nez (the nearest point to England).

Three separate little walks take you round ruins that span a 16th-century fort (from Henry VIII’s short-lived occupation of the area) to Nazi bunkers. 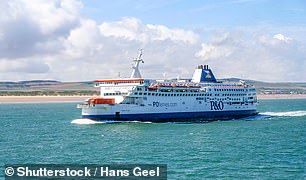 Seas the day: P&O ferries runs a regular service between Dover and Calais, and from there it’s a short journey to Boulogne by train

There’s a nice little fish restaurant called La Sirene down on nearby Wissant Beach if you get peckish. Visit lasirene-capgrisnez.com.

P&O ferries run between Dover and Calais up to 15 times a day from £35 one-way (poferries.com).

From Calais, take the train to Boulogne from £6.64 one-way (sncf.com).