Talk about street art! Chicago artist fills in the city’s potholes – and marks each one with a beautiful mosaic

A Chicago artist has come up with a novel way of fixing the city’s pothole problem by turning them into mosaic works of art.

Jim Bachor has transformed the holes in the road starting within his own neighbourhood in Mayfair by not only filling them in but making them a work of art.

He began his project in the summer of last year and uses the flag of the city of Chicago as the inspiration for his creations. 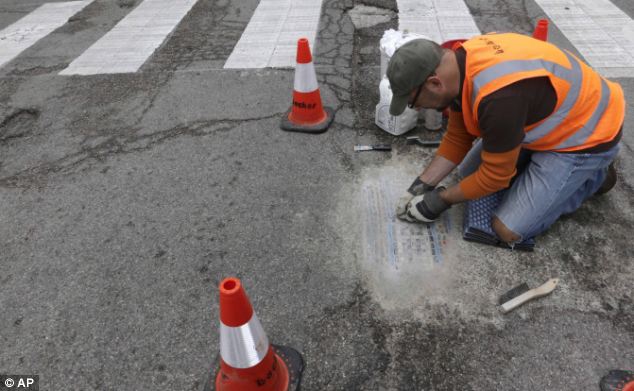 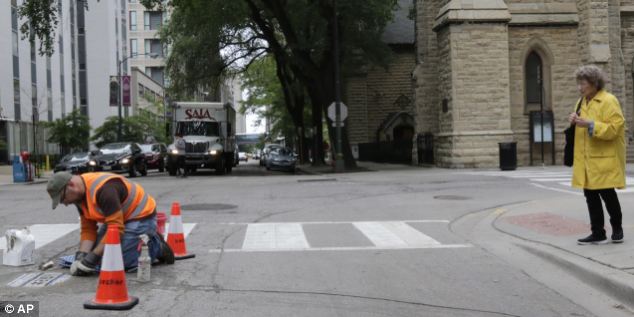 Mr Bachor cones off the areas he works at using cones belonging to his sons, which they use for soccer practice 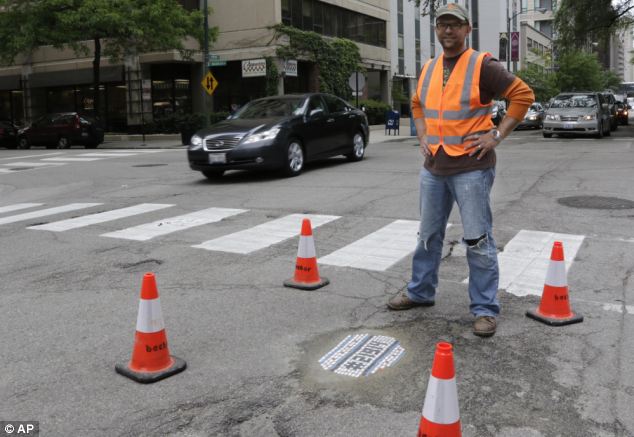 He also leaves a fake serial number on the mosaic as a humorous way of pointing out the severity of the pothole problem in the city.

The artist told Hyperallegenic.com: ‘It’s a way to say, “This is a Chicago pothole!”

‘The fake serial numbers are a joke, a comment on the number of potholes there actually are in Chicago,’ Mr Bachor added.

He sections off the pothole he wants to work on using his sons’ bright orange cones they use to practice soccer and wears a bright reflective vest. 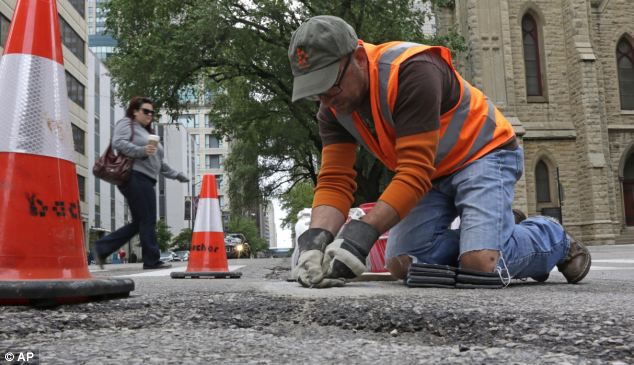 Mr Bachor uses the same materials for all his mosaics, roughly costing $50 and tries to keep them all the same size

But even though he could be mistaken for a city construction worker, he is actually creating his art.

He has now been awarded a commission by the Chicago Transit Authority to expand his artwork.

And next he is planning to create the mosaics in Chicago’s downtown area. 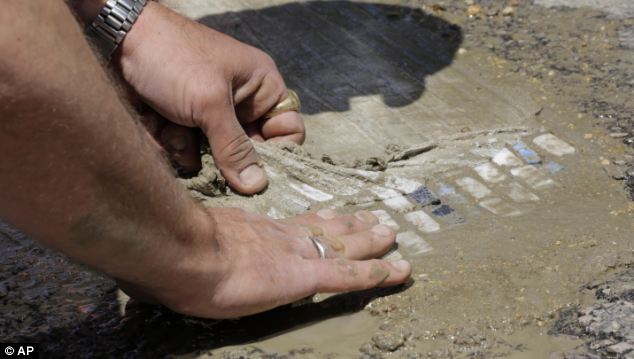 Mr Bachor uses the same materials for all his mosaics, roughly costing $50 and tries to keep them all the same size.

According to his website, he says he creates the mosaics that ‘speak of modern things but in an ancient voice’.

Mr Bachor added: ‘It’s hard to make your mark in this world. Mosaics are one of the few techniques that can really survive.’