Florida has filed a lawsuit against the U.S. Department of Health and Human Services (HHS) and one of its associated agencies, the Food and Drug Administration (FDA), after the state’s plan to import prescription drugs from Canada was held up by regulators.

Gov Ron DeSantis, a Republican firebrand who has held the office since 2019, announced the lawsuit Wednesday. In 2019, the Republican-led state legislature passed a bill allowing for prescription drugs to be imported from Canada – a move that would save Floridians an estimated $150 million per year.

Because prescriptions are controlled substances the plan required approval from the FDA. The lawsuit says that the agency asked for minor clarifications in an effort to ‘drag its feet’ on approval and alleges that this in effort to protect pharmaceutical companies.

Florida officials are asking for a federal court to force the FDA and HHS to make a determination as to whether they will accept the state’s import plan.

The high cost of prescription drugs in America has become one of the nation’s top political issues in recent years. Both Democrats and Republicans have campaigned on reducing costs, and the likes of DeSantis, Joe Biden and senators across the aisle have all made efforts to highlight the higher prices paid by Americans than their peers in the rest of the world. 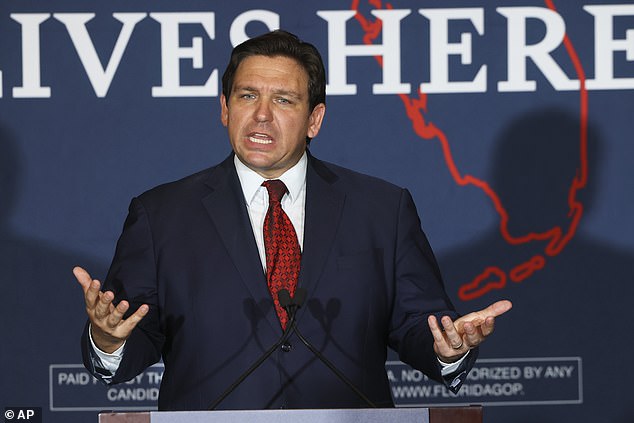 Florida Gov Ron DeSantis (pictured) announced Wednesday that his state is suing the FDA to force the agency to make a decision regarding its 2019 law allowing the import of prescription drugs. Plans to import drugs must first be approved by the FDA 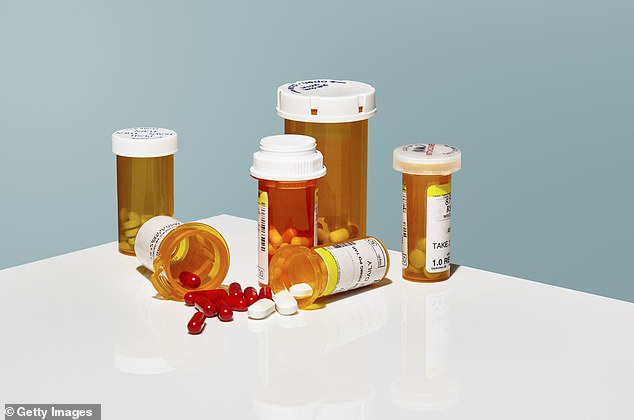 Prescription drug prices have become a hot political issue in the United States, and both Democrats and Republicans have made it a point to highlight solutions to bring prices down (file photo)

‘Florida has been ready to deliver cheaper prescription drugs to those that need them for nearly two years,’ DeSantis said at a news conference Wednesday.

‘The lack of transparency by the Biden administration during the approval process, and failure to provide records on the importation proposal, is costing Floridians who are facing rising prices across the board due to inflation.’

The landmark bill would make Florida the first state to be able to import prescription drugs from another nation.

Hepatitis drug is named most expensive in US with one prescription of 84 pills costing $30,000

A report published this month by Nice Rx finds that Americans spend around $1,011 per person every year, more than 25 percent more than its nearest peer nation, with the cost of many drugs having doubled over the past ten years.`

The most expensive drugs included in the report were Harvoni, a hepatitis C drug produced by pharma giant Gilead, for which the average prescription costs $29,238 before insurance adjustments, and Stelara, a psoriasis drug developed by J&J, a 19,607.

One report states that production of Harvoni costs $2 per pill, for which there are usually around 84 in a single course, meaning the price is marked up around 175-fold on average, per the Nice Rx report.

The drug that’s price raised the most was Humulin, an insulin manufactured by Eli Lilly, which had its price jump a whopping 1,070 percent over the past ten years – making it one of four diabetes drugs that had its price at least double over the decade. 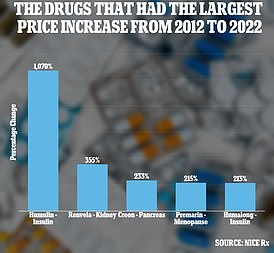 The FDA heavily regulates many of these drugs, though, and has strict guidelines for the distribution of them.

Imported drugs from Canada will still have to meet requirements set by the agency in order to be used stateside.

A vast majority of drugs used in the U.S. under current FDA standards are already produced overseas.

The Florida comes as part of a bipartisan, national, effort to reduce the price of prescription drugs in the United States.

Insulin in particular has become a poster for out-of-control drug pricing in the U.S.

President Joe Biden has been a proponent of a federal $35 a month cap on insulin prices, and noted the high prices Americans face during his State of the Union address earlier this year.

‘One in ten Americans has diabetes,’ Biden said, before telling the story of a teenager from Virginia he met whose family had trouble affording his insulin medication.

‘Drug companies will still do very well [with a price cap]. And while we’re at it let Medicare negotiate lower prices for prescription drugs, like the VA already does.’

According to data from the Department of Health and Human Services, Americans pay ten times more per vial of insulin that residents of peer developed nations.

The high prices have been blamed for many preventable deaths, and for some Americans taking part in the dangerous practice of ‘insulin rationing’, where a person will take smaller doses than they need every day – or even skip some days – in an effort to make each vial last longer.

‘It is just preposterous — beyond preposterous — that Americans with diabetes sometimes pay more than $600 just for a 40-day supply of insulin,’ Senate Majority Leader Chuck Schumer, also a Democrat, said earlier this year.

Some Republicans, such as Louisiana’s John Kennedy have voiced support for insulin price caps as well.

Many of these caps only apply to Americans with health insurance, though, as it passes the high costs for the drug from the customer to the insurer.

Someone who does not have health insurance – around 28 million people – will still have to pay out of pocket costs.