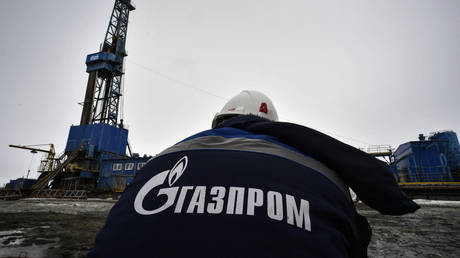 Russian energy major Gazprom’s stock jumped 31% on Wednesday to 267.25 rubles per share (just over $4.43) on the Moscow Exchange, following the company’s announcement of bumper profits and dividend payments to shareholders.

The gas giant said its board had recommended a dividend of 51.03 Russian rubles ($0.85) per ordinary share for the first half of 2022. In its first-half earnings report released on Tuesday, Gazprom announced a record 2.5 trillion rubles ($41.75 billion) in net profit.

“Despite sanctions pressure and an unfavorable external environment, the Gazprom Group reported record IFRS revenues and net profit in the first half of 2022, while reducing net debt and leverage to a minimum,” Gazprom’s deputy chief executive Famil Sadygov said in a statement. He elaborated that after adjustments, the base for paying dividends reached 2.4 trillion rubles (almost $40 billion).

Sadygov also noted Gazprom plans to stick to its dividend policy that envisages paying out at least 50% of adjusted net profit as dividends.

In June, the state-owned company’s board of directors decided not to pay dividends based on last year’s earnings, making it the first time that an annual payout had been skipped since 1998.