In a project which marries the beauty of the female form with spectacular scenes from nature, an artist has created stunning UV images on women’s backs.

John Poppleton, from California, creates incredible works of art painted directly onto human skin using fluorescent shades of lilac, orange and green and then photographs them with stunning results.

His project, called Under Black Light, consists of ‘bodyscapes’ of spectacular natural phenomena such as African sunsets, tropical oceans during rainstorm, and mountain ranges under moonlight. 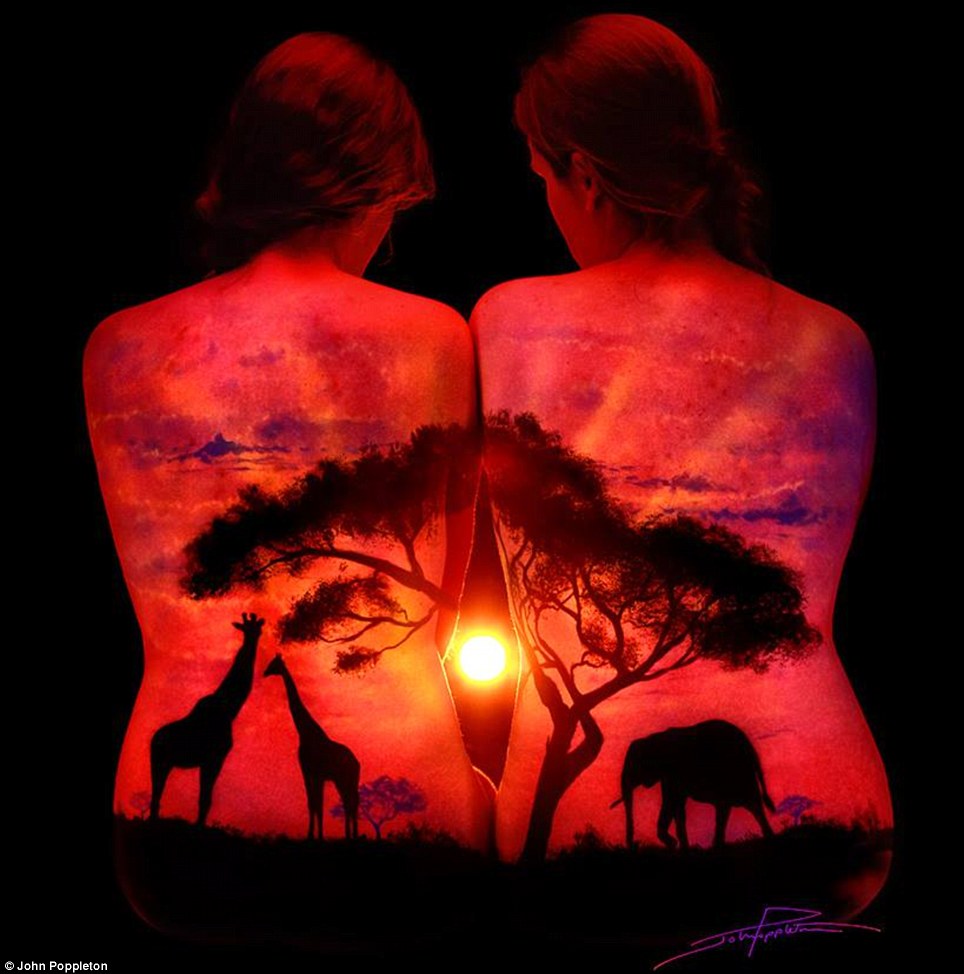 His gorgeous painterly scenes are photographed under black light to produce the seemingly glowing images.

John incorporates the curves and shapes of the models into his paintings, and in some the canvas is stretches beyond the back of the model onto the background behind.

The artist dabbled in photography as a hobby until several friends convinced him to photograph their weddings in 1993. He then became a professional portrait photographer as has flourished in the industry for more than 20 years.

It has always been John’s goal to create something original and different but fantasy portraits were never part of the plan. ‘I wasn’t looking for it, it found me’, he says.

‘Around 2003 Photoshop introduced a new tool called liquify and just to show what it could do I stretched a brides ears and turned her into an elf. (‘Lord of the Rings’ was in theatres about this time.) It turned out so nice I put a copy in my portfolio and it just evolved from there. 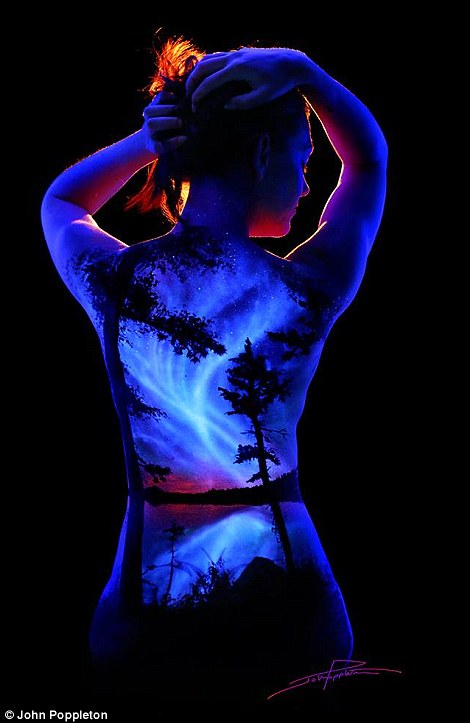 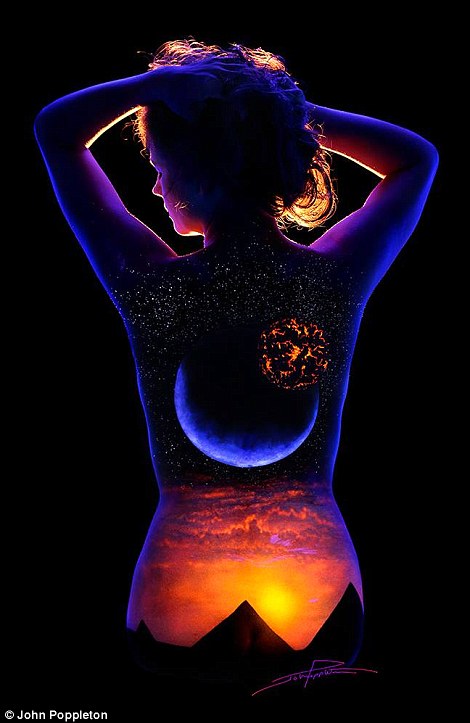 ‘But things really took off when the owner of a faerie collectable store asked me to create 12 images for a calendar. That’s what gave me the biggest push.’

In 2010, while suffering from a sleepless night in a hotel room bed, John received his inspiration for using black light and he was off on what has become the biggest adventure of his career.

John has received numerous awards for his wedding and fantasy portraits through Wedding & Portrait Photographers International, and his work has been featured in many acclaimed photography books.

He now lives in the quiet little town of Wellsville in Northern Utah, with his wife Becky and their three children. 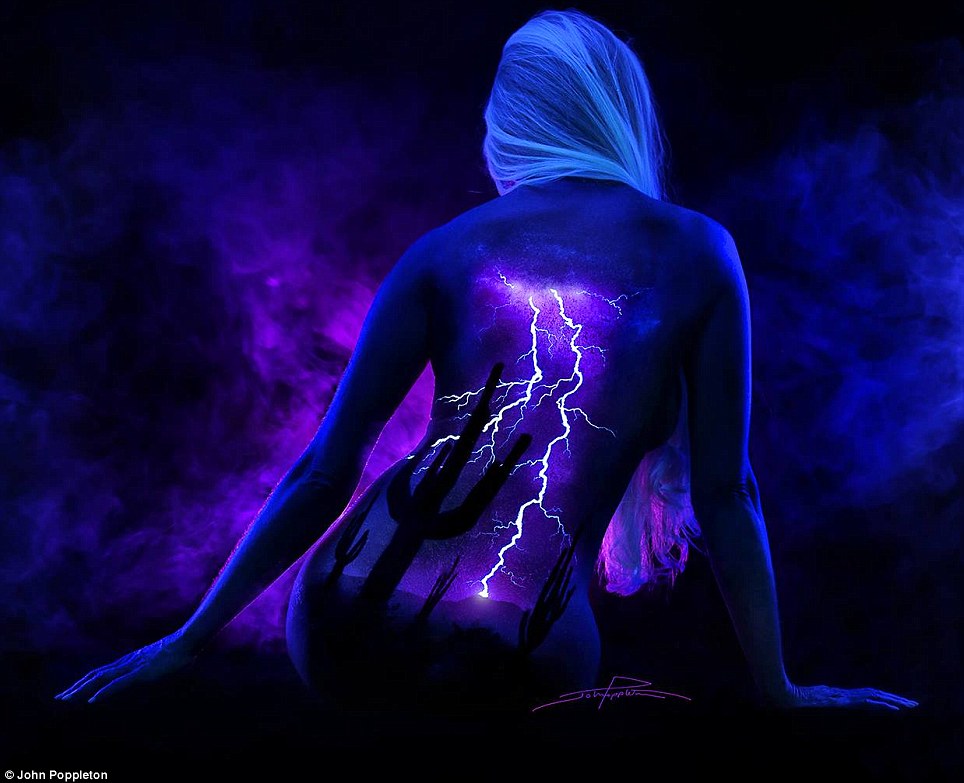 Marrying the beauty of nature and the female form, John photographs his ‘works’ under black light to produce these extraordinary images 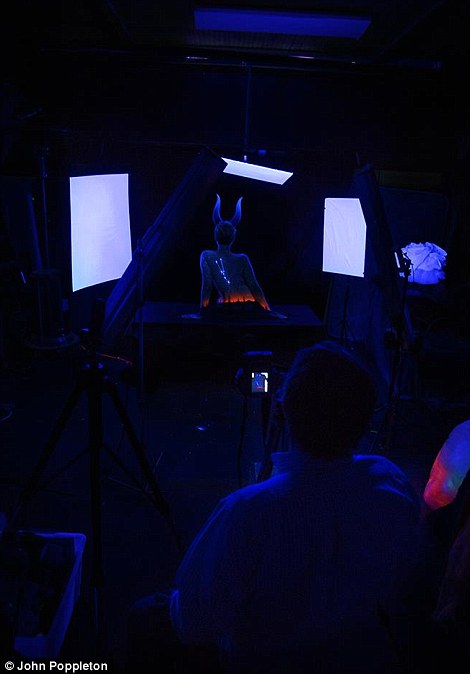 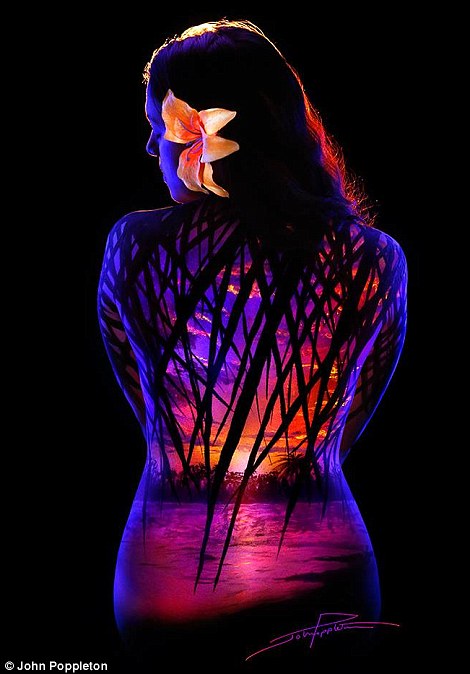 The artist at work in his studio (l) John’s Under Black Light pictures can be seen on his page on facebook.com/JohnPoppletonUVArt/ 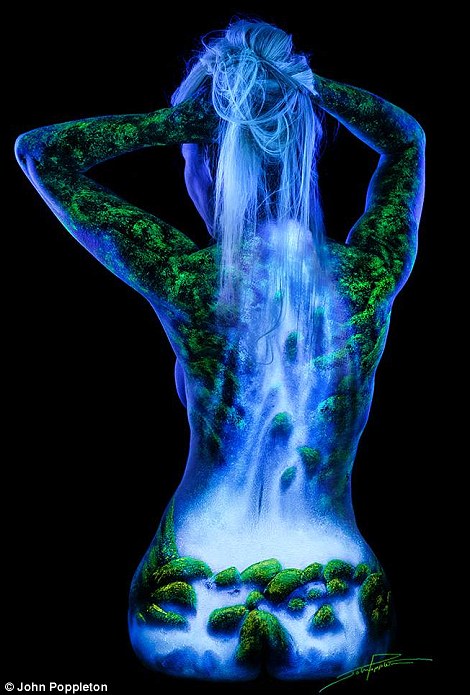 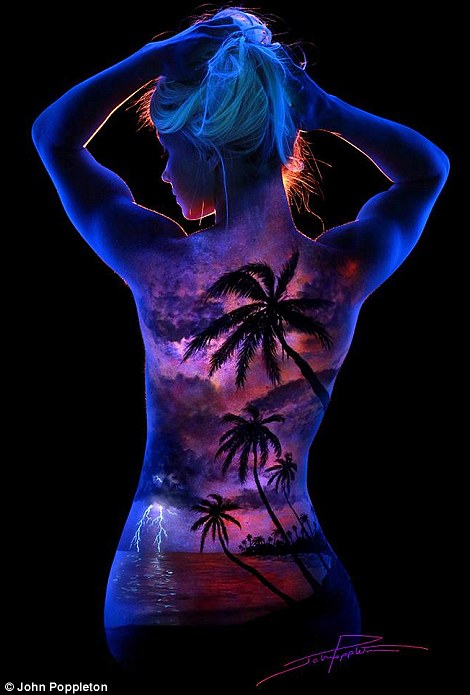 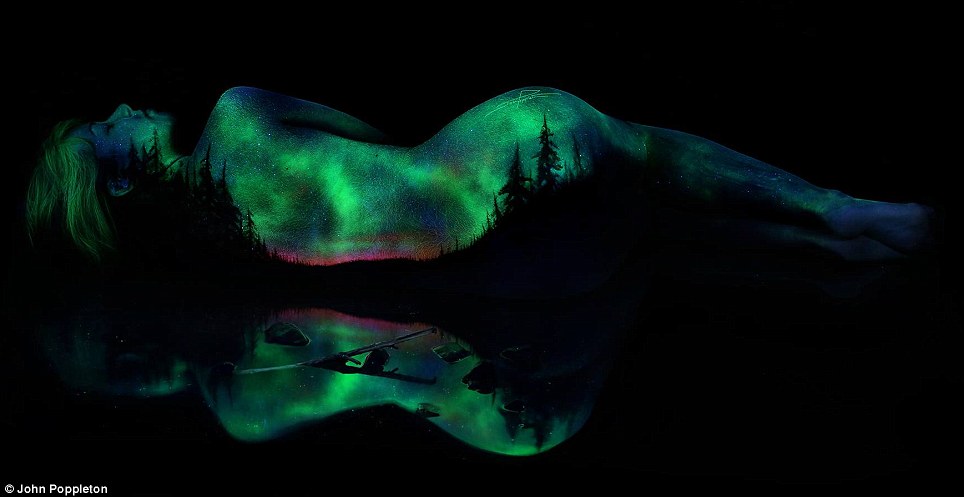 Next post Can vinyl records become greener by removing the PVC?