Memories of Georg the genius

A hundred years ago today Gyorgy Stern was born in Budapest. His incident-packed transformation into Sir Georg Solti, one of the most renowned classical musicians in the world by the time of his death 85 years later, is a fascinating one.

It is a journey evidenced by a splendid recorded legacy, some of which Decca has rereleased in five celebratory boxes devoted to Bartok (seven CDs), Mozart (15 CDs), Richard Strauss (15 CDs), Verdi (16 CDs) HHHH and Wagner (36 CDs).

Georg didn’t have it easy to begin with. His talent allowed him to study with  Bartok, Kodaly, and his own favourite,  the now almost-forgotten Leo Weiner, and to prepare performances at the Budapest opera house, but not to conduct there.  Jews weren’t allowed, though Solti, by sheer persistence, obtained one performance in 1936. 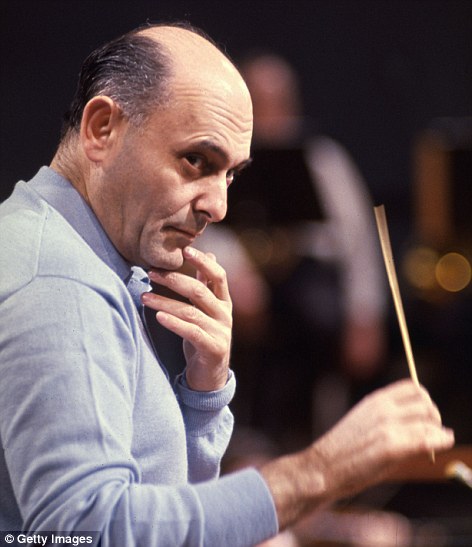 Despite inevitably bittersweet memories, Hungary meant a lot to Georg, and it’s  fitting his final recording, three months before his death, was made there and included his beloved Leo Weiner’s  delicious Serenade, which is also in the Bartok box, with lots of Kodaly as well.

The Nazis were the unmaking, and then the making, of the young Solti.

They forced him into exile in Switzerland, where he couldn’t conduct, but could play the piano. So his first recording, in 1947, is as a pianist.

But then the Nazis did him a favour by losing the war. Top German conductors had to be de-Nazified, which gave Solti the opportunity, at 35, to become music director of the Bavarian State Opera.

Five turbulent years there honed his  talent, as did his next stop in Frankfurt, before, in 1961, he got his big break, taking over at Covent Garden, then a pretty provincial place. After his decade in charge, it had become one of the world’s great opera houses.

By this time he was recording a lot, and the compelling Verdi and Richard Strauss opera boxes begin then. Above all, Decca let him loose on Wagner, and his reputation was really made by the first-ever studio Ring.

The most spectacular of these boxes contains all of Wagner’s operas, and I found it on the net for less than £90.

The politics that played Russian roulette with his early career gave him an abiding interest in the world outside music.

I remember well a lunch I had with him in Salzburg during the Mozart Bicentenary Festival, the day after he had conducted a triumphant performance of The Magic Flute. He surged on to the terrace, head down to avoid congratulatory comments from others, and interrupted me the moment I tried to congratulate him.

‘I don’t care about all that,’ he said. ‘Tell me what’s happening in the world.’ And we spent two hours discussing Boris Yeltsin!
Georg’s Mozart box is well worth hearing, because his reputation for driving the music hard doesn’t apply here. He was too fine a musician for that.

He embarked late upon perhaps the greatest musical relationship of his career. In 1969 he was appointed music director of the Chicago Symphony Orchestra, possibly then not in its finest condition. He had almost three decades with them, and it was a partnership that brought him, and them, huge acclaim.

I have many happy memories of Georg, of which three must suffice. He dined with me several times in the House of Commons, and, even in great old age, would bound up the stairs two at a time from the dining-room level; energy personified.

However old and celebrated  he became, he never lost his  curiosity, and never stopped learning, even from unlikely sources. I was once rash enough to mention Janacek. ‘Tell me about him,’ he commanded, and I spent 20 minutes burbling away to his apparent satisfaction, though he never took Janacek up . . .

When he was 80, he took me into his study, and showed me the score of Haydn’s Creation, newly marked up. He explained he was impressed by the lighter, faster tempi adopted by the new generation of period performance  specialists, and had decided to redo the Creation that way, which he did to great critical acclaim.
What a man. Happy birthday, Georg. You will not be forgotten.

Next post How to stay cool the Japanese way