The Royal family are rather used to sitting for portraits but the Duke of Cambridge might be a tad surprised by the latest recreation of his and his son’s likeness.

A giant chocolate portrait of the royal pair has been unveiled to mark William’s first Father’s Day as a Dad.

The piece was created by food artist Michelle Wibowo from Michelle Sugar Art, using a staggering 16,074 individual triangles of Toblerone. 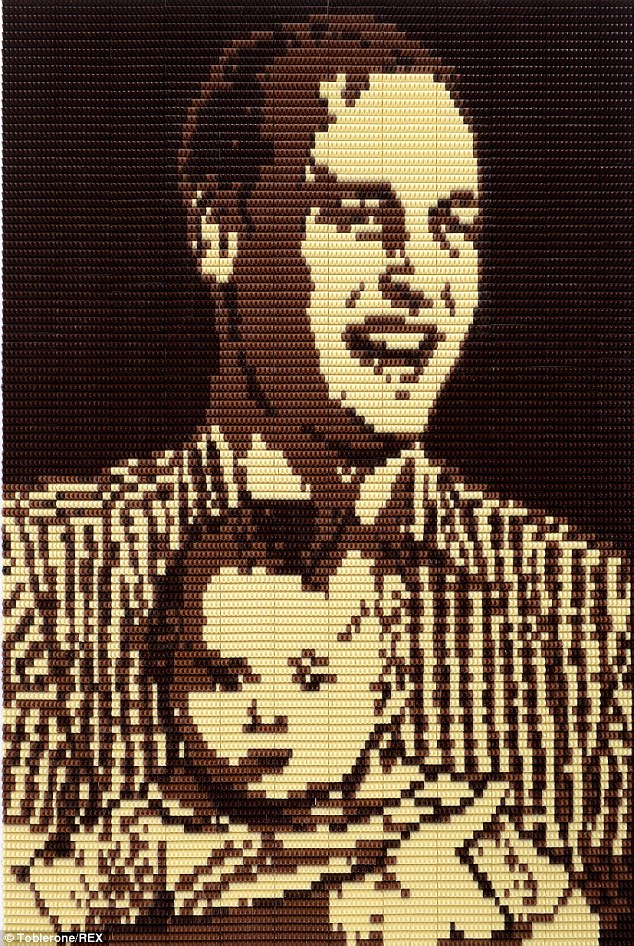 This portrait marks the Duke of Cambridge’s first Father’s Day as a Dad, made using 16,074 individual Toblerone chocolate triangles and taking more than 100 hours to make

It took more than 1,500 bars of the iconic shaped chocolate bar using dark, milk and white chunks to create depth and dimension.

The full creation took Michelle more than 100 hours of planning, preparation and construction.

She said: ‘When I was asked to create a portrait of Prince William and Baby George, I was very excited.

‘Everyone’s first Father’s Day is a memorable occasion, and what better way to mark the nation’s favourite Royal father by creating an edible portrait of him.

‘It has taken me a long time to map out the exact location for each tiny piece of chocolate to create a recognizable image, but the hardest process was trying not to eat the Toblerone along the way.’ 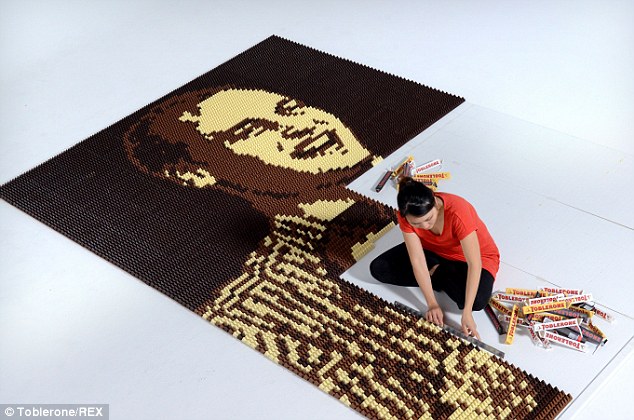 The portrait was made using a whopping 16,074 individual Toblerone chocolate triangles

Michelle, 36, studied at the National Baking School in London after completing an architecture degree in Indonesia, where she was born.

She says she draws on her architectural training in determining her attention to detail and sophistication in her creations.

Her life-sized life-like cake depicting a baby was exhibited at London’s Victoria & Albert Museum in 2011, and she’s won numerous awards including gold at the Culinary Olympics.

Her creations are exhibited around the world and she also teaches internationally. 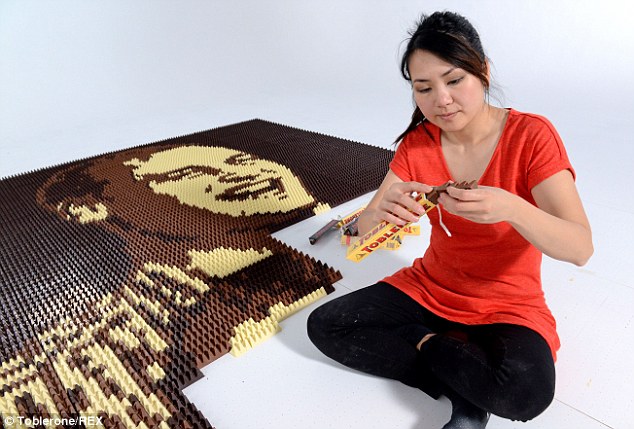 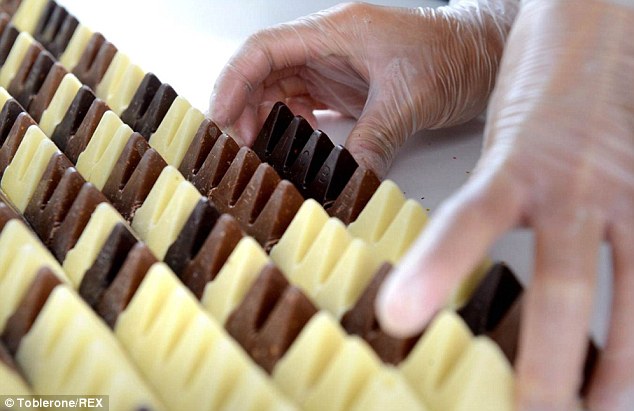 The full creation took Michelle more than 100 hours of planning, preparation and construction

Next post Dangerous e-bike chargers found on Amazon and eBay