Everyone knows Sir Hubert Parry’s Jerusalem, but how many know his unison song England, a setting of a paraphrase of John of Gaunt’s great patriotic speech from Shakespeare’s Richard II (‘This royal throne of kings…’ etc)? In the immortal words of Paul Daniels, not a lot.

Parry composed Jerusalem in 1916  and orchestrated it in March 1918 for a  suffragettes’ concert. Happily, that orchestration, now usually superseded by Elgar’s more opulent one, finds its way on to Neeme Jarvi’s fascinating CD of Parry’s choral music, where everything is extremely well performed by the BBC National Orchestra of Wales and Chorus.

Such was Jerusalem’s success that Parry was asked to set the John of Gaunt speech, and at first resisted. But in June 1918  he decided to do it, only weeks before his death in the influenza epidemic that swept Europe that autumn. It’s a wonderful tune and would make a terrific addition to the Last Night Of The Proms. It alone is well worth the price of this CD. 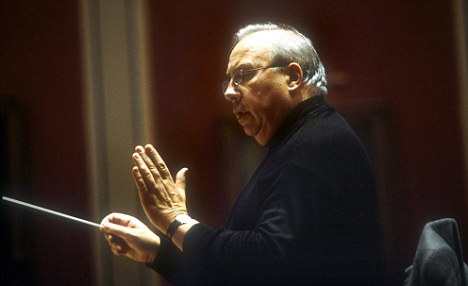 But there are other delights, particularly an orchestral suite from the incidental music Parry wrote for a performance of Aristophanes’s The Birds at Cambridge University in 1883. The concluding  wedding march has become popular thanks to its use at the wedding of the Duke and Duchess of Cambridge.

This 75-minute disc also finds room for the Te Deum composed for the Coronation of George V in 1911, and the Magnificat from 1897, dedicated to Queen Victoria in commemoration of her Diamond Jubilee. Even if neither of these pieces is truly memorable, this is a first-class addition to the Parry discography.

As we gear up for the big celebrations next year of Wagner, Verdi and Benjamin Britten, it’s good to know that this year’s birthday boys, Delius and Debussy, are not entirely forgotten.

Another first-class Chandos issue couples two of Delius’s finest orchestral pieces – the nocturne Paris and the so-called  English Rhapsody, Brigg Fair – with a rare recording of the first, three-movement version of his Grieg-inspired Piano Concerto, in generally excellent performances by the Royal Scottish National Orchestra under Sir Andrew Davis.

Delius and Grieg had a mutual admiration society, which once caused Grieg to travel to London to persuade Delius’s wool-merchant father to let his son dedicate himself to music.

This concerto is known, if at all, in its one-movement final form from 1905, but Delius had been fiddling around with it for a decade before that. The final version is far better, but it’s interesting to hear this one, well played by Howard Shelley.

As a young man, Delius went to work in his father’s orange groves in Florida and was much influenced by the music of the black plantation workers, descendants  of people who until only a few decades before were slaves. Appalachia is an extended set of variations on an old slave song, with a touching final chorus, in which a father bids farewell to his family after being sold to another plantation.

Naxos’s recording of it is big and boomy, but conductor Stefan Sanderling and his Florida orchestra have the measure of this music. As do the Tampa Bay Master Chorale, and especially the baritone soloist Leon Williams. He sounds far more idiomatic as the distraught slave in Appalachia than all the previous British soloists on record, and is also highly effective in one of Delius’s Walt Whitman settings, Sea Drift.

Between 2007 and 2009, Chandos issued five multiple award-winning CDs of the complete piano music of Debussy,  compellingly played by the French pianist Jean-Efflam Bavouzet.

These have now been reissued as a box set, which can be bought for between £12 and £15. Bavouzet’s insights into this composer, and state-of-the-art sound, make this unmissable.

Angela Hewitt isn’t a Debussy specialist but her 80-minute Hyperion recital of Debussy plums, including Children’s  Corner and the Suite

Bergamasque, is on its own terms most attractive. However, the price of her single CD is about the same as Bavouzet’s box set, so frankly it’s no contest.