By Mark Wareham for The Mail on Sunday

What happens when a comedian who became the youngest winner of the Perrier Award – at the age of 24 – hits an extended fallow period?

Sean Hughes was once all the rage. After his 1990 win, he had his own Channel 4 sitcom and seemed destined for global stardom – yet his stand-up career stalled and he settled down to the slightly less stellar heights of team captain on Never Mind The Buzzcocks.

He has kept busy, publishing  novels, poetry and short-story collections, and with acting parts, including as a Corrie love rat. 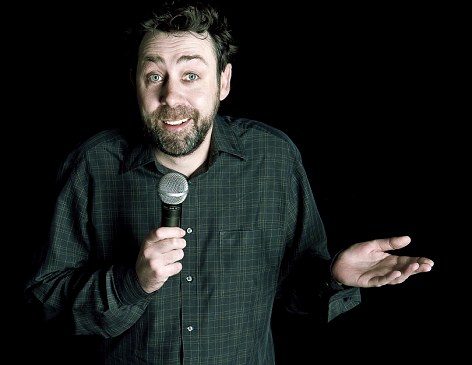 Sean Hughes, who returns to the stand-up comedy circuit this October with his new show, Life Becomes Noises

But he returned to stand-up in 2007 after a long break and still had plenty to say, and after a hiatus following his father’s death, last month in Edinburgh he presented two new shows. The first, Sean Hughes Stands Up, was a refreshing blast of skewed comedic wisdom taking in religion, a dodgy knee and his discovery that, despite giving up alcohol, he’s still a bit of an idiot.

The second, Life Becomes Noises, took the subject of his father’s death from cancer to offer a meditation on how we confront the loss of a loved one. It’s a difficult sell to a comedy crowd, but Hughes’s light touch ensures it’s a winning one.

Life Becomes Noises returns to the style of his Perrier-winner A One Night Stand With Sean Hughes. In a largely scripted hour played in front of a theatrical set with props, he opens up on his bereavement. 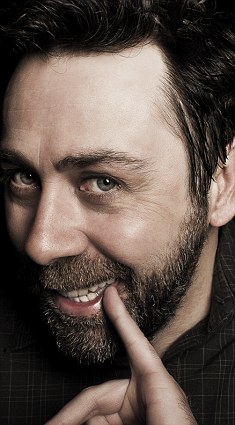 At the start he says his biggest regret is that he wasn’t dressed as a jockey at his father’s deathbed, and we sense that there will be a mix of poignancy, searing honesty, black comedy and occasional larkiness to puncture the emotion.

There are plenty of one-liners – ‘my sexual demographic these days is women who go to snooker tournaments’ – but there’s also a good deal of self-realisation, which makes for a surprisingly uplifting finale.

He says he didn’t cry as his dad was dying yet did at MasterChef (‘and it wasn’t even the final’), and this is a show that steers clear of lachrymosity. He quips that his mum’s a moron – ‘but she’s my moron’ – and offers up the insight: ‘As I lower my expectations on life, I’m beginning to love my gene pool.’

It’s a surprisingly moving moment, which leads to a tender reimagining of his last moments with his father, in a scene that the Nineties Hughes would never have considered.

He may have been sweet then, but he’s a lot sweeter now.

Next post Has the Chinese wet market at centre of Covid origin secretly RE-OPENED? Images suggest so