Legend ticks all the boxes

Such is the recording companies’ desperation for turnover, there’s a glut of new bargain CD boxes. Lovers of British music can  now get the complete recorded legacy, on 23 CDs, of Sir Clifford Curzon, the greatest English pianist of  the 20th Century, for less than £50 on Decca. Or, on 11 CDs from EMI, some splendid German music from Bach to  Wagner by one of the greatest English conductors of the 20th Century, Sir Adrian Boult, for barely £20.

Then there are all the major works of Sir William Walton on 12 CDs, also from EMI, in generally excellent recordings for less than £25.

In later life, Clifford Curzon specialised in what his teacher, Artur Schnabel, called ‘music better than it can ever be played’. His Schubert was good enough to make him a legend in Vienna, and his Mozart piano concerto performances were esteemed for their clarity and refinement. Several versions of key ones, like the last, K595, are to be found on the Decca set. 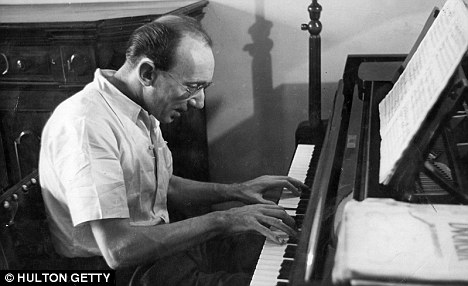 Curzon refused to record anything he didn’t think he had completely mastered, and then often wouldn’t agree to release the few recordings he did make. So two beautiful performances of K595, with Sir Georg Solti and the Vienna Philharmonic and Benjamin Britten and the English Chamber Orchestra, could not be issued until after Curzon’s death.

A highly-strung perfectionist, Curzon was described by one friend as spending days working on 19 different ways of playing a single phrase, before settling  on a 20th as a temporary expedient.  Happily, Decca revered him, and put in the huge effort required to coax recordings out of him. So this treasurable set is as much a tribute to them as to him.

There’s also some fine Schumann, Beethoven and Liszt. And plenty of  big, showy concertos, including three magnificent performances of Brahms’s massive First Concerto. The last of these, from 1962, with another perfectionist, George Szell, is arguably the finest recording this work has ever received.

There’s also a Grieg concerto from 1958 possessed of a freshness and poetry that banishes thoughts of all others. And  a gossamer-like Litolff Scherzo that sounds as if it has just escaped from Mendelssohn’s Midsummer Night’s Dream.

Decca have also gathered together  some radio recordings, including a memorable account from the 1952 Edinburgh Festival, of Brahms’s Liebeslieder Waltzes with a vocal quartet including Kathleen Ferrier, sounding wonderful only a few months before she died. There’s also a disc of radio interviews, and a DVD of two BBC TV recitals.

Sir Adrian Boult was such a dedicated servant of British music that he became typecast in the role. But in fact he trained in Germany and, had the First World War not intervened, would have stayed on working in German opera houses.

He continued recording into great old age, and it’s extraordinary to hear a conductor born in 1889 in 1970s recordings that still sound really well.

They came about by accident. He was left with a three-hour session, having finished, with typical efficiency, a recording of British music in less than the allotted time. EMI asked him what he wanted to do in it, and he replied, Brahms’s Third.

This 1970 recording with the London Symphony Orchestra was such a success that a full cycle was commissioned, and  he was also let loose on lots of Wagner, a  very special Schubert 9 and a delightful Beethoven Pastoral, as well as some Bach Brandenburgs that perhaps now sound old-fashioned.

EMI’s companion set is devoted to  William Walton. All the main stuff is here, with Bernard Haitink most persuasive  in the epic First Symphony, one of the 20th Century’s greatest symphonies, and Andre Previn making the most of the much more problematic Second.
Sir Simon Rattle contributes a powerful Belshazzar’s Feast, Ida Haendel is first class in the Violin Concerto, and the young Nigel Kennedy wields a nifty viola for  a change in the Viola Concerto.
With Facade in its original and full orchestral version, the complete Troilus And Cressida, lashings of film music, all the concert overtures, and both Coronation marches, this is a formidable collection.