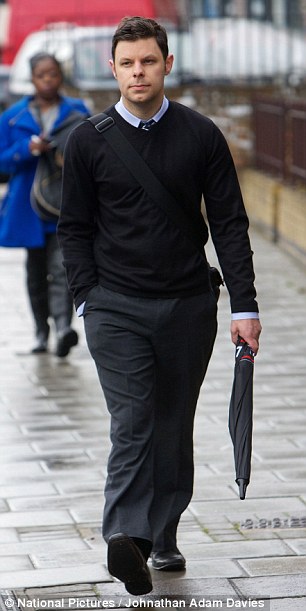 ‘Copped a feel’: Paramedic Mark Small appeared at the HPC in Kennington

A paramedic who boasted on Facebook that he groped a patient’s breasts was found guilty of misconduct yesterday.

Following an emergency call-out to a young woman, Mark Small posted: ‘Saved someone’s life and managed to cop a feel of some cracking jubblies.’

He then described his shift as ‘excellent’.

The remarks were left after Small finished a night shift for the Great Western Ambulance Service.

They were removed from the site the following morning after his housemate told him they were inappropriate.

But someone saw them and complained to the service.

Small was immediately suspended from his job following the incident, but returned to his duties after an investigation found he had not touched the patient inappropriately.

However, a Health Professions Council panel yesterday ruled that the inappropriate message amounted to misconduct and that as a result Small’s fitness to practise is impaired.

Small admitted posting the comments on June 28 last year and said in doing so his behaviour had fallen below the standards expected of a paramedic.

But he insisted there had been no inappropriate touching of a patient and the comments related to another woman who had been at the house of the call out.

Shannett Thompson, for the HPC, said the council’s case was that the posting implied Small had ‘touched part of a woman’s anatomy he absolutely should not have’.

‘The term jubblies I’m led to believe relates to a woman’s breast area,’ she added.

She told the panel Small had told his manager there had been a number of women present at the incident who were ‘flirty’ and possibly drunk. He added: ‘There was no inappropriate action. I did like the look of this one female who was on scene.

He said he ‘honestly didn’t know’ why he had posted the remarks. 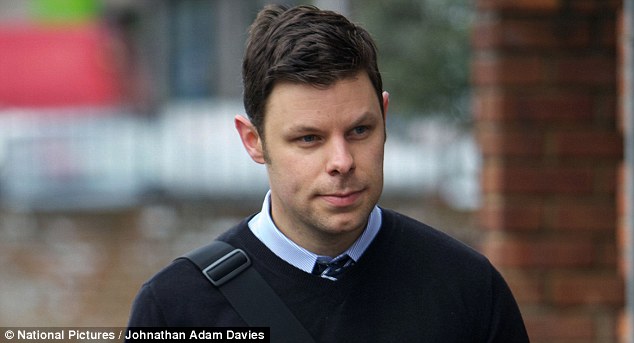 The paramedic, from Bristol, told the hearing he had had an unblemished eight-year career with the ambulance service in Gloucestershire. He also said privacy settings on his Facebook page meant the comments he posted could only have been accessed by 150 ‘friends’.

The panel, however, found Small acted in an ‘irresponsible, immature and highly unprofessional’ manner.

Chairman Christine Mills said his words were demeaning and degrading to women as they showed a ‘lack of respect for female patients’. She told him that by making the comment he had fallen below the standards expected of a paramedic and should have known what the consequences of his actions would be.

‘You must behave with integrity and not damage the public’s confidence in your profession,’ she said.

Miss Mills said that had a member of the public seen his Facebook post they would have reacted in the same manner as the anonymous complainant, who had inferred that Small had behaved inappropriately towards a patient.

The panel could have struck off the paramedic but decided to give him an official caution which will remain on his file for three years.

Following the decision, Small assured the hearing there was no risk of a repeat of his misdemeanour.

He said: ‘I certainly have no intention of finding myself in this type of situation again.’