Not so stony-faced! Hilarious photos capture VERY creative poses with statues – including a man being grabbed by a giant eagle and a woman who puckered up on a bench

By Chris Matthews For Mailonline

These hilarious images are humorous enough to get anyone chuckling.

Bored Panda has collated some of the funniest photos of people having fun with statues across the globe.

From a man being snatched by an eagle to another man flashing Ronald McDonald, these photos prove that sometimes it pays to be creative.

One woman posed in a way that made it look like she was getting her bottom pinched by a rather amorous piece of art. Meanwhile, a child made a bid to have her first kiss as she locked lips with a bronze statue.

Here, FEMAIL shares a selection of the best examples… 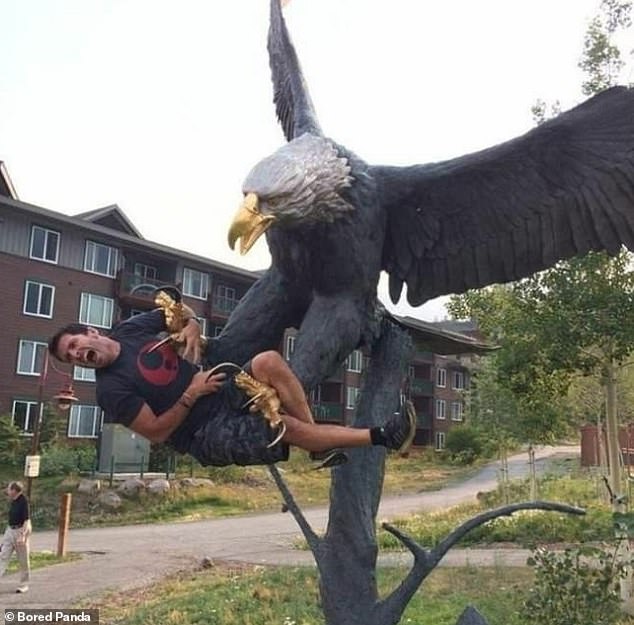 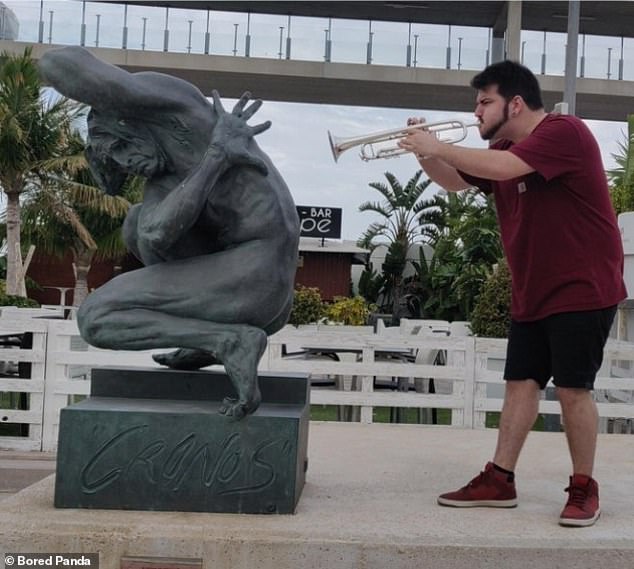 A blow too far: The titan Cronos seems upset by this man’s trumpet, although perhaps it was the tune he was playing 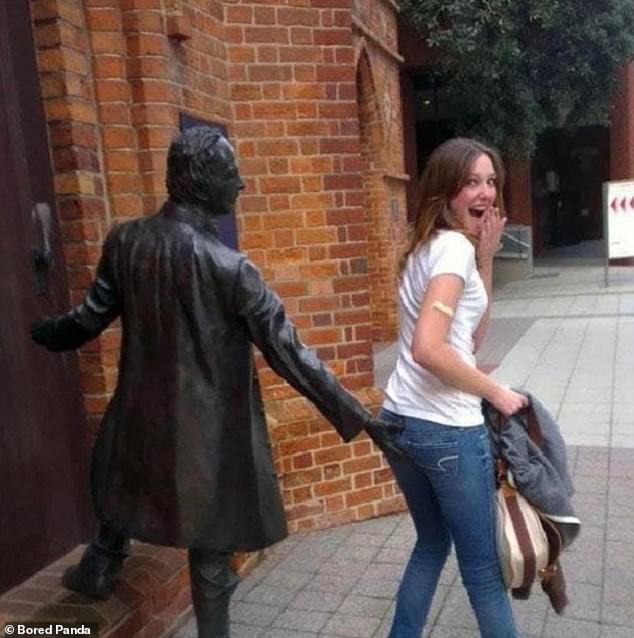 Cheeky chappy! This statue of the first Anglican bishop of Perth, Bishop Mathew Hale in Perth, Western Australia, has been caught in a rather compromising position as he seemingly grabs a handful of a woman’s bottom 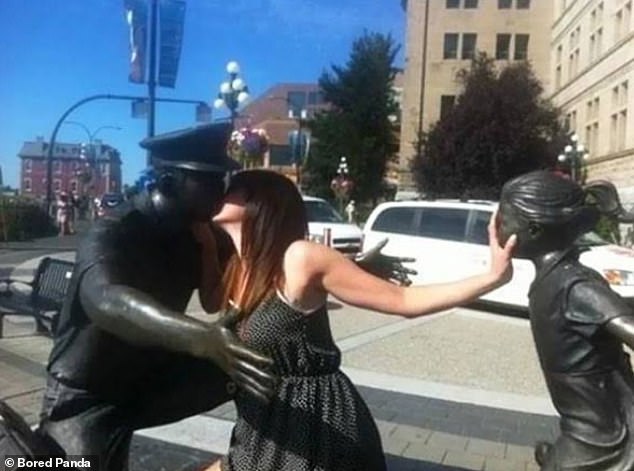 Oi, hands off! This woman pushed away a bronze child as she locked lips with a surprised metal police officer 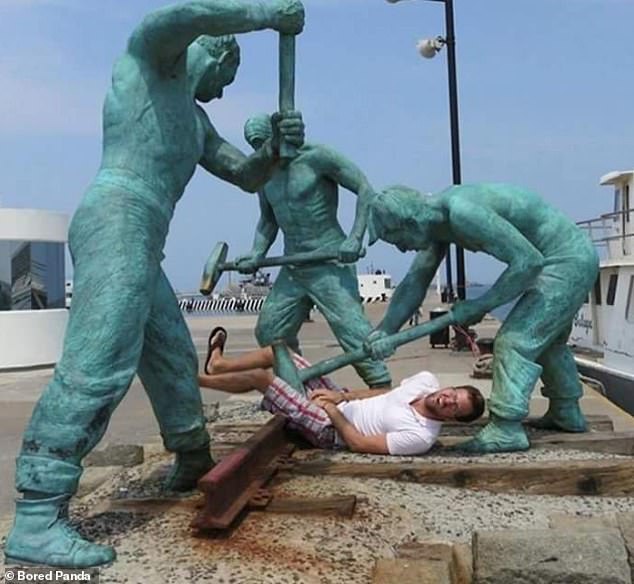 Feeling hammered: One man gets beaten to the ground and sustains a whack to his nether regions in Veracruz, Mexico 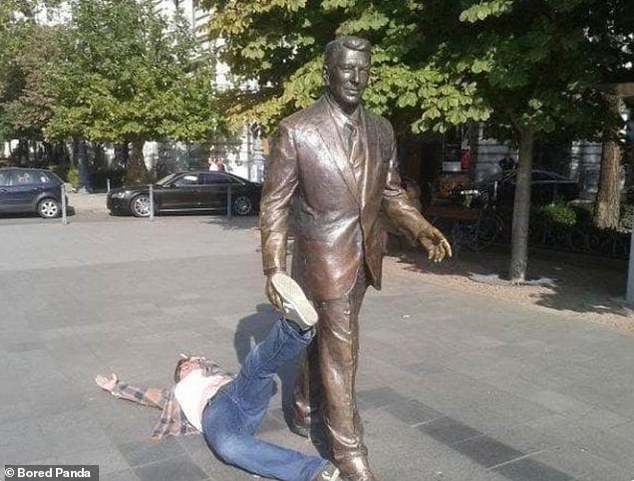 You’re coming with me! Ronald Reagan’s statue decided to drag this man by his shoe down a street in Budapest, Hungary 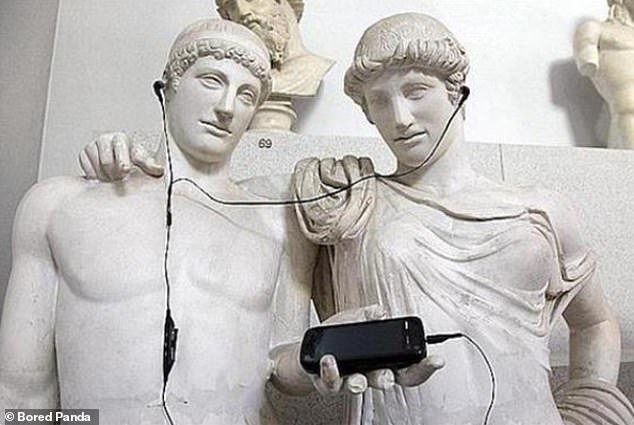 Budding bromance: These two men wearing togas have found a new shared love of listening to music. The original version of this by Stephanos, from the school of Pasiteles, is in Naples and shows Orestes and Electra 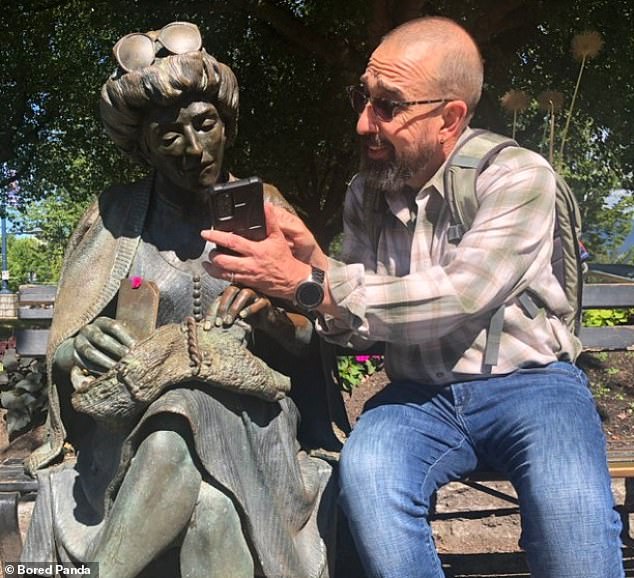 Oh what’ that? This man excitedly shows a metal woman something interesting on his mobile phone in Vancouver, Canada 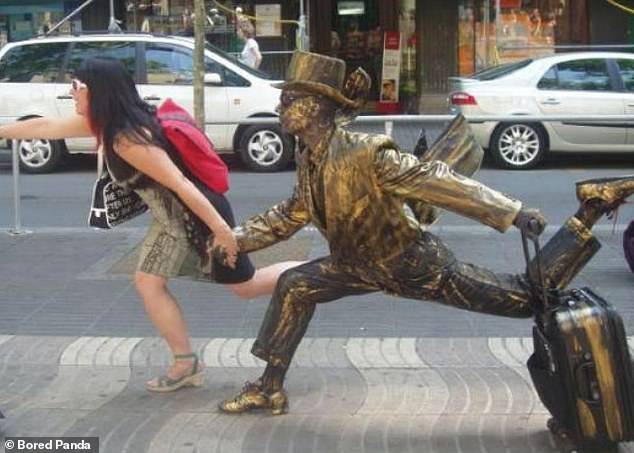 We’re late! We can all share the gut-wrenching fear at being late for a train or plane as this unlikely couple runs down the street 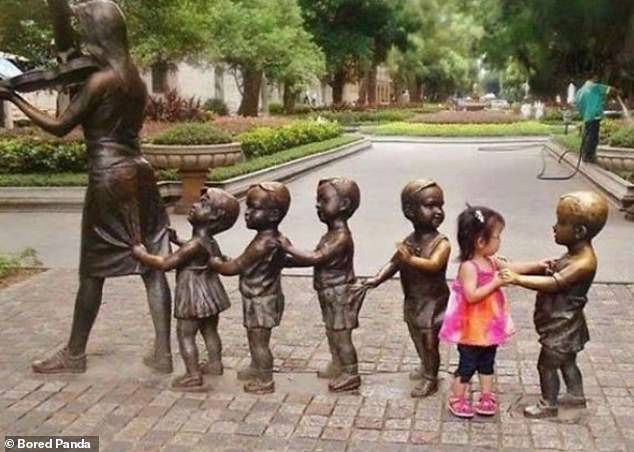 This violinist is leading a line of children through a park on Shamian Island in Guangzhou, Hong Kong 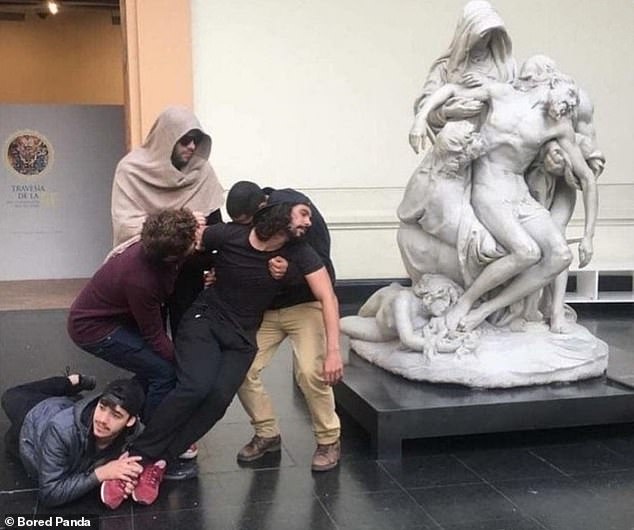 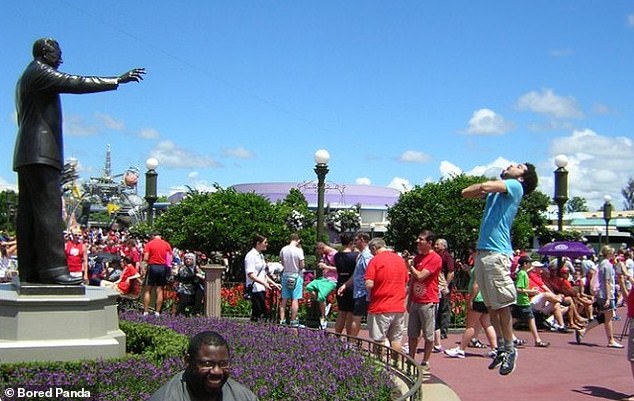 Who knew Walt Disney and Darth Vader were related? This man makes it seem like Disney’s statue at the Magic Kingdom in Disney World, Florida, has mastered the dark side of the Force 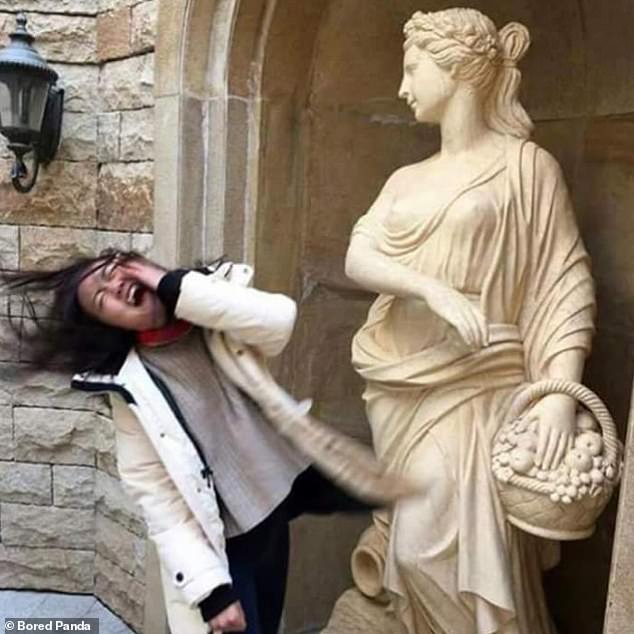 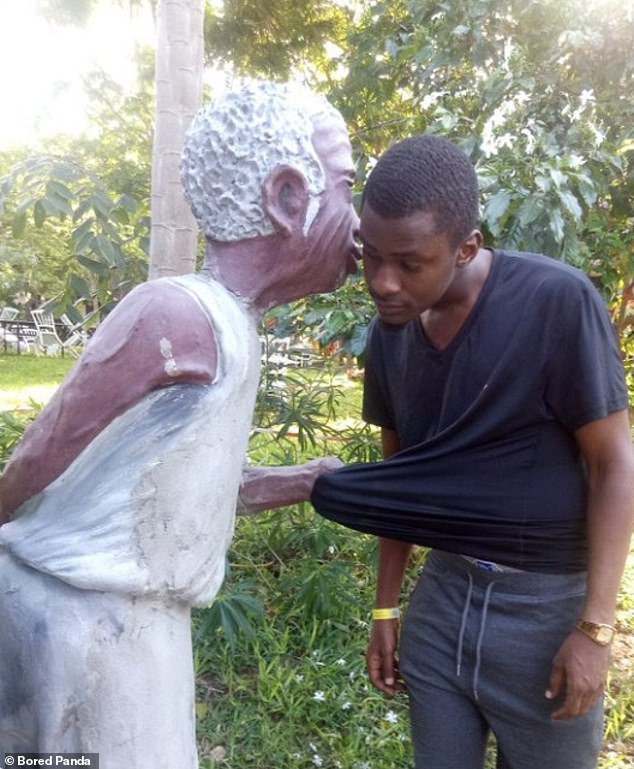 Will we ever find out what this statue was whispering into this man’s ear as he clutches onto his shirt?