The REAL eau de toilet! Artist makes perfume from the ‘excesses of his body’

In today’s celebrity age it seems almost everyone has their own perfume – pop stars, models, footballers – so Jammie Nicholas decided to follow suit.

The 23-year-old art student, who says he has a ‘really bad’ sense of smell, has literally bottled his own scent by making a perfume from his excreta and urine.

Surplus, his product, is on sale at a London gallery at £40 per bottle and has already sold around 20 bottles. 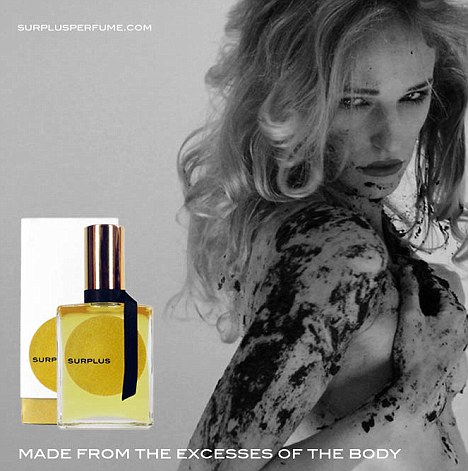 Surplus: Artist Jammie Nicholas created a perfume from his own body waste

The fragrance ‘made from the excesses of the body’ has earned mixed reactions from potential customers with some ‘disgusted’ and others ‘pleasantly surprised’.

Mr Nicholas, from Bow, East London, said: ‘People really like the smell first of all, they say it’s interesting and slightly strong.

‘When we tell them what it’s made from they’re taken aback – some are pleasantly surprised but others are disgusted, drop the smell card and walk off. 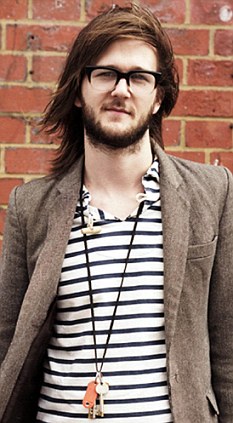 Exhibitionist? Nicholas, 23, created the fragrance for an art competition

‘The idea came after reading a book,  ‘History of ****’ by Dominique Laporte, which talked about people using perfumes to cover up bad smells.

‘I thought it must be possible to use bad smells to actually create a perfume.’

Some 99 per cent of the scent is made from Jammie’s own faeces, urine and sebum – the oils found in hair and skin.

Mr Nicholas learned how to distil the ingredients using a home-made steam extractor and then refined the scent from something ‘pungent’ and ‘incredibly strong’ into a more sweet-smelling perfume.

‘When I first distilled it, it smelled like you would imagine,’ he said.

‘But it was more intense than anything else you might think.

‘It’s quite serendipitous the fact I’ve got a really bad sense of smell.’

The exhibition, at the Jealous Gallery in North London, also features work by duo StrangMacfarlane and painters Freya Don and Alanna Eakin, runs until February 27.

Nicholas’s other creations also display a fascination with toilet-related ideas and more intimate parts of the body.

Previous works listed on his website include The Sun Is But One Anus, Taking The P*** and Curiosity Castrated The Cat.

Next post Country manor house which survived a cannon attack by notorious pirate goes on the market for £1.6M

[ad_1] Paramedic who boasted on Facebook that he 'saved someone's life and managed to cop a feel of some cracking...