Apple ‘secures satellite internet partner’ to beam connections to users of its upcoming iPhone 14, meaning they’ll be able to use phone in remote areas that didn’t previously have any signal

Apple is said to have secured an internet satellite company to provide users of its upcoming iPhone 14 with connectivity no matter where they are in the world.

If the claims are true, then iOS users can exchange calls and text messages in remote areas, which is similar to Elon Musk’s and T-Mobiles announcement last week that is using SpaceX’s Starlink internet.

This aligns with rumors that the tech giant’s next smartphone includes hardware to support satellite communication and a well-known Apple analyst suggests the technology is already available for the iPhone 13 – Apple just lacked a provider.

The Apple analyst, however, warns the launch depends on whether the company and ‘operators can settle on a business model,’ while T-Mobile has promised this to its customers by next year. 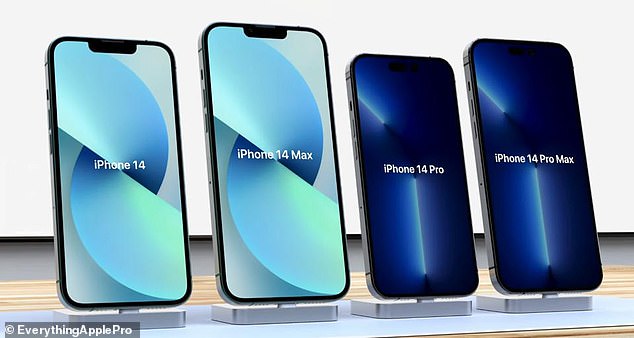 The claims were made by Ming-Chi Kuo, who is known for making statements about Apple that turn into real world products, features or services.

Kuo shared this information in a Medium post, where he claims Apple had already completed the hardware development of satellite communication in the iPhone 13,’ he wrote.

‘The lack of support is because the business model had not been negotiated.’

Kuo also notes that satellite communication was one of the major testing items in the iPhone 14 before it was ready for mass production. 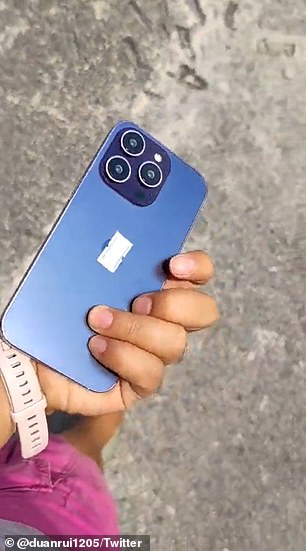 This means people living in remove areas can use their cellular service. Pictured is an image rumored to be the iPhone 14

‘Whether iPhone 14 will offer satellite communication service depends on whether Apple and operators can settle the business model,’ he shared.

The upcoming iPhone 14 handset is set to be released on September 7 and users can expect to see an improved camera and likely new colors, but speculations suggest there will be a 15 percent price increase due to inflation – but this could include access to satellite internet.

But as of now, T-Mobile and SpaceX are in the lead to make this happen.

T-Mobile CEO Mike Sieveret, who co-hosted a event with Musk at Starbase in Texas last week, said a piece of T-Mobile’s mid-band 5G spectrum will be integrated with the second-generation Starlink satellites, comparing the innovation to ‘a cell tower in the sky.’

Musk also described how using the space internet is a way to ‘save lives,’ as there are countless stories about people who got lost while hiking, froze to death in a blizzard or died from thirst.

‘We will no longer read about these tragedies where people got lost and if they could have only called for help they would have been ok,’ he continued.

Smartphones get coverage from the radio frequency (RF) signals that are transmitted from cellular towers, but if that signal is too far or blocked by obstacles then the handset is basically dead. 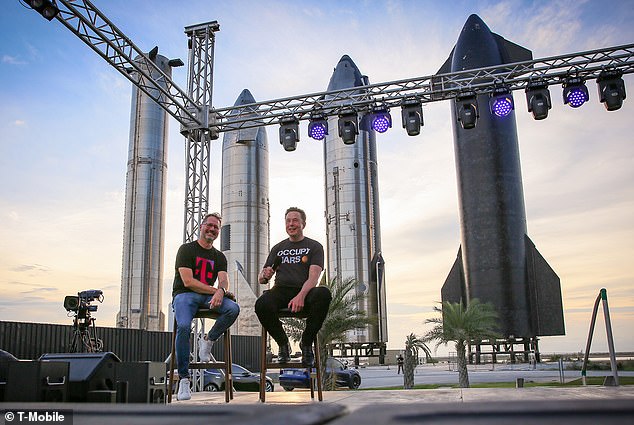 And this is where Starlink will come in.

The firm has launched nearly 3,000 satellites into low-Earth orbit since 2019 and plans to roll out the second-generation, V2, device next year that will have a large antenna to provide connectivity directly to smartphones on the T-Mobile network.

With this technology, T-Mobile is planning to give customers text coverage practically everywhere in the continental US, Hawaii, parts of Alaska, Puerto Rico and territorial waters, even outside the signal of T-Mobile’s network starting with a beta in select areas by the end of next year after SpaceX’s planned satellite launches.

[ad_1] Uranus' whopping 98-degree tilt may be due to a MOON migrating away from the planet and pulling it over...

[ad_1] Apple's latest flagship smartphone, the iPhone 14, only went on sale on September 16, yet one of its new...

[ad_1] Hundreds of ancient footprints found on a beach in Merseyside reveal wolves, lynx and wild boar roamed the area...

[ad_1] Even autumn's going to let us down! Glorious traditional shades of red and yellow will not appear this year...