Why a tour with the Barmy Army is always a winner: Discovering how cricket-themed holidays can cast a very sociable spell, from Grenada to South Africa

By Tom Chesshyre For The Mail On Sunday

Down on Grand Anse beach in Grenada, there’s a fierce showdown.

The Barmy Army of England cricket fans, adults and kids, is playing against locals (with a tennis ball, so not so fierce).

About 50 of us encircle the wicket as a ball is bowled to a young Grenadian, who hooks it skilfully behind him. 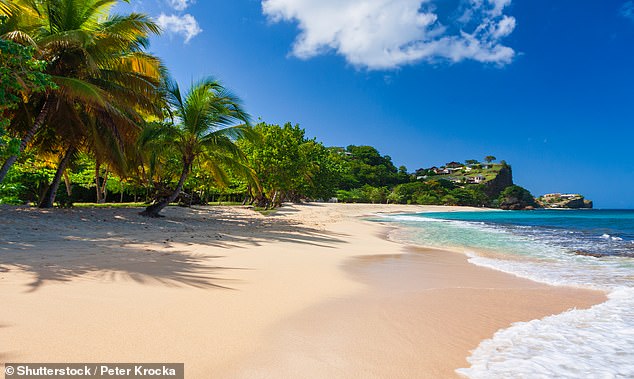 Tom Chesshyre watches a cricket match play out between locals and the Barmy Army of England cricket fans, adults and kids on Grenada’s Grand Anse beach (above)

In the distance, a woman, also an English cricket supporter, happens to be strolling and, as if it’s the most natural thing to do, plucks it casually from the air.

Across the beach, great howls of delight echo from locals and visitors alike. It’s a moment that encapsulates the camaraderie that comes from watching a Test match abroad.

I had gone to see England play the West Indies, but location doesn’t matter.

In South Africa, local fans once invited me to a post-match barbecue; in Australia I downed tinnies with the ‘enemy’; and in Barbados, neighbours in the stand took us all to a street party. 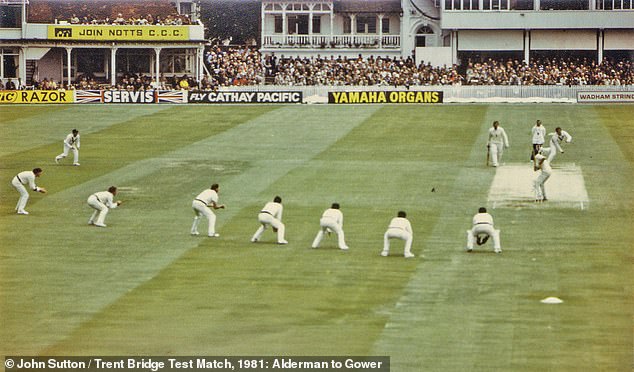 David Gower batting at a 1981 test match at Trent Bridge, Nottingham. Tom says that he spotted the England legend eating poached eggs at breakfast at the Mount Cinnamon hotel in Grenada. Picture courtesy of Creative Commons

You also bump into ‘names’. At the Mount Cinnamon hotel in Grenada, I spotted England legend David Gower eating poached eggs at breakfast, while ex-captain Mike Atherton wandered into our restaurant one evening.

Days roll by, just like the ball on the field.

You make friends in the stands, enjoy the game, and the place you are visiting comes alive in a way that only cricket fans on tour, barmy and not so barmy, know.