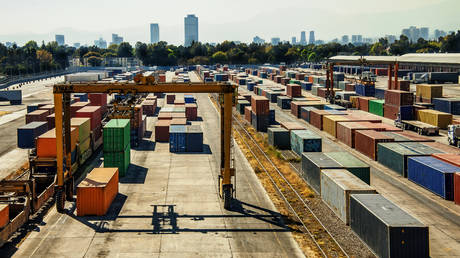 Imports of Russian goods by Mexico saw a substantial annual increase of more than 20% during the first six months of the current year, according to the latest figures released by the Bank of Mexico.

In monetary terms, Mexican imports from Russia amounted to $1.193 billion. In June alone, purchases of Russian goods by the North American nation exceeded $275 million – the second-highest figure in Mexico’s history. In May 2021, the country bought Russian goods worth $283.9 million.

In 2021, trade turnover between the two countries reached a record high, exceeding $4.5 billion.

The US remains Mexico’s most important trading partner. In 2021, the trade turnover between the two countries amounted to more than $661 billion. In July, Foreign Minister Marcelo Ebrard announced that American companies were planning to invest $40 billion in the Mexican economy by 2024.

Russia is the key international supplier of fertilizers to Mexico, accounting for nearly a quarter of all Mexican imports of nitrogen and mixed nitrogen, phosphorus and potash fertilizers.

Rolled steel, aluminum, and synthetic rubber are among the country’s other important imports from Russia.

Previous post Ask Amy: Every little criticism at work sends me into a spiral

[ad_1] The London Metal Exchange (LME) has limited new deliveries of Russian zinc and copper to its warehouses as part...

[ad_1] Chevron may reportedly be allowed to drill for crude if Caracas agrees to “free and fair” elections Washington is...

[ad_1] The eighth package of restrictions includes a price cap related to the maritime transport of Russian oil for third...

[ad_1] Russia’s Alrosa was reportedly excluded from the new sanction list after Belgium blocked an EU embargo Alrosa, the Russian...

[ad_1] There is a high risk of a global recession due to central banks’ anti-inflationary measures, a statement says The...