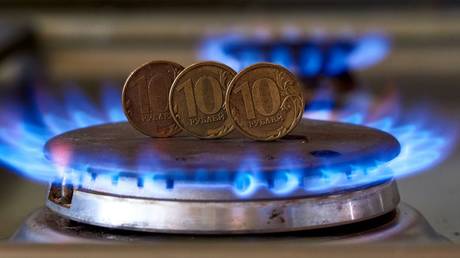 Western sanctions aimed at damaging the Russian gas industry have had the opposite effect, as skyrocketing energy prices have helped gas giant Gazprom increase profits. Despite a sharp drop in supplies to the EU, the company doubled its export revenue, according to Oliver Hortay, head of energy and climate policy research at a Hungarian think tank.

“Gazprom is delivering 43% less gas to Europe this year than last year, which on average raises prices three times. The company’s European export revenue will increase from $53 billion to $100 billion,” he wrote on his Facebook page last week.

The post echoes a recent report in the Financial Times, which said that higher gas prices helped Gazprom balance decreased gas deliveries to the EU. According to the paper, the energy major currently supplies about 84 million cubic meters of gas to European customers via Ukraine and Turkey per day, compared to last year’s average of 480 million cubic meters.

A drop in supplies via the Nord Stream 1 pipeline due to technical problems caused by sanctions, is expected to “push prices this year to an average of three times that of 2021”, BCS Global Markets analyst, Ron Smith said on Friday, adding that it would increase the Russian firm’s total revenue by 85% to $100 billion.

According to expert estimates, in 2022 Gazprom will export 43% less gas but at an average price of $1000 per cubic meter.

In late August, the Russian energy major revealed it has earned $41.75 billion in net profit in the first half of 2022 alone compared to $29 billion for the whole of 2021.