All Americans adults under the age of 65 should be regularly screened for anxiety, a leading panel of U.S. doctors said Tuesday.

The U.S. Preventative Service Task Force published a draft guidance recommending doctors to screen patients even when they do not show symptoms. While the document will be open to public comment until October 17, it is like likely the group will affirm the guidance.

The group had been exploring guidance regarding anxiety screening since before the COVID-19 erupted in early 2020, but the pandemic – and the surge in mental health issues across America that came as a result of it made them even more relevant to the moment.

Anxiety disorders are among the most common mental health complaints, affecting about 40 percent of U.S. women at some point in their lives and more than one in four men, Lori Pbert, a task force member and co-author said.

The Anxiety & Depression Association of America estimates that nearly 20 percent of American suffer from an active anxiety disorder with women and people under the age of 45 at most risk. Around one-third of teens are also believed to be suffering from the condition.

The task force said evidence for benefits, including effective treatments, outweighs any risks, which include inaccurate screening results that could lead to unnecessary follow-up care. 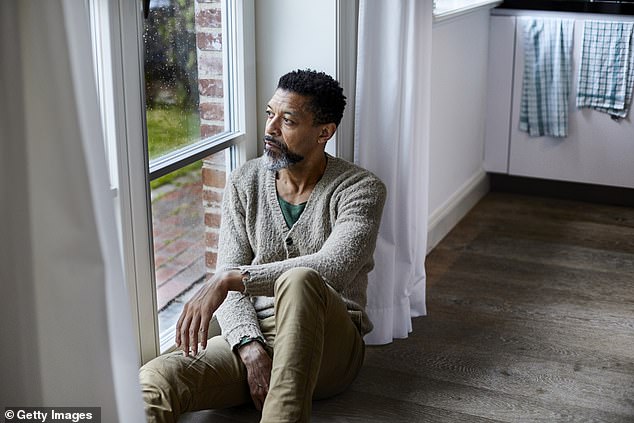 Common screening tools include brief questionnaires about symptoms such as fears and worries that interfere with usual activities.

These can easily be given in a primary care setting, the task force said, although it didn’t specify how often patients should be screened.

‘The most important thing to recognize is that a screening test alone is not sufficient to diagnose anxiety,’ Pbert said.

The next step is a more thorough evaluation by a mental health professional, though Pbert acknowledged that finding mental health care can be difficult given shortages of specialists.

Black people, those living in poverty, people who have lost partners and those who have other mental health issues are among adults who face higher risks for developing anxiety, which can manifest as panic attacks, phobias or feeling always on edge. Also, about 1 in 10 pregnant and postpartum women experience anxiety.

In April, the group issued similar draft guidance for children and teens, recommending anxiety screening but stating that more research is needed on potential benefits and harms of suicide screening kids with no obvious signs.

Guidelines from the task force often determine insurance coverage, but anxiety is already on the radar of many primary care doctors.

In 2020, a group affiliated with the American College of Obstetricians and Gynecologists recommended routine primary care anxiety screening for women and girls starting at age 13. 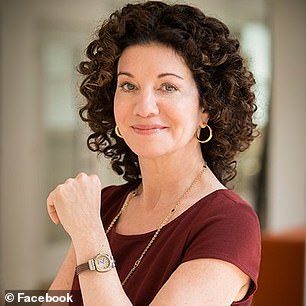 Dr Gail Saltz (pictured), an associate professor of psychiatry at the NY Presbyterian Hospital Weill-Cornell School, said that she agrees with the move but fears it will put more stress on an overburdened healthcare system

Dr Gail Saltz, an associate professor of psychiatry at the NY Presbyterian Hospital Weill-Cornell School of medicine, told DailyMail.com that the group had put out similar guidance regarding depression screening for Americans eight to 65 years old in recent years as well.

Saltz supports to move, hoping that many people who only see their primary care physician for medical treatment and advice will receive screening for anxiety for the first time.

Getting treatment could be crucial for the estimated 40 million Americans suffering from a form of the condition.

‘Anxiety disorders disturb ones ability to function,’ she explained.

‘[It leads to other medical issues], that is the issue with anxiety disorders… it can lead to clinical depression, high blood pressure…’

She fears that an already over-burdened healthcare system may have trouble dealing with yet another task at each check-up, though.

Doctors often only have 15 minutes to spend with each patient before they have to move on with their packed schedule, leading them often short on time and energy to perform all necessary duties.

When a patient is found to have a condition like depression or anxiety, there are often not enough available resources to treat them, as the U.S. faces a massive shortage of therapists and psychiatrists as well.