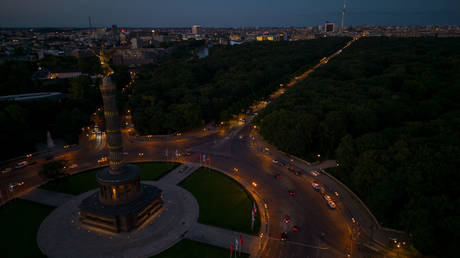 Berlin has enough of the fuel to meet demand for less than three months, says Robert Habeck

The country’s depots are more than 90% full, according to data from the Aggregated Gas Storage Inventory (AGSI), but they will be totally depleted by the end of winter as Berlin buys less Russian gas, Robert Habeck told reporters on Monday.

“If everything goes well with gas savings and we are lucky with the weather, we have a chance to get through winter comfortably. That means, however, that the storage facilities will be empty again at the end of the winter – in this case, really empty, because we are going to use the gas,” he said.

In August, the head of Germany’s energy regulator Klaus Muller warned that, even with storage 95% full, the country will have enough fuel to cover only two-and-a-half months of heating, power, and industrial demand if Russia completely stops deliveries.

Last week, Muller reiterated that Germany could face recurring gas bottlenecks in the event of a cold winter. “I expect waves. There are gas shortages, they go, they come back, they appear here, sometimes there, possibly throughout Germany,” he said in an interview with business daily Handelsblatt. He added that, due to the weather forecasting, Germany will not be able to predict gas demand more than two weeks in advance.

Russia supplied about 40% of the European Union’s gas before the conflict in Ukraine. EU imports from the sanctioned country are currently below 9%, according to Brussels.