More intensive exercise is not always better for a person’s memory than moderate training, a new study finds.

Performing more intense exercise regularly does boost a person’s spatial memory, though, which allows them to remember locations better. This would, for example, make them more likely to remember where they parked their car.

The findings were surprising to experts, who noted that more intensive exercise is generally believed to be correlated with stronger memory and overall brain function. This study highlights that different levels of activity may impact different parts of the brain – and have differing impacts as a result. 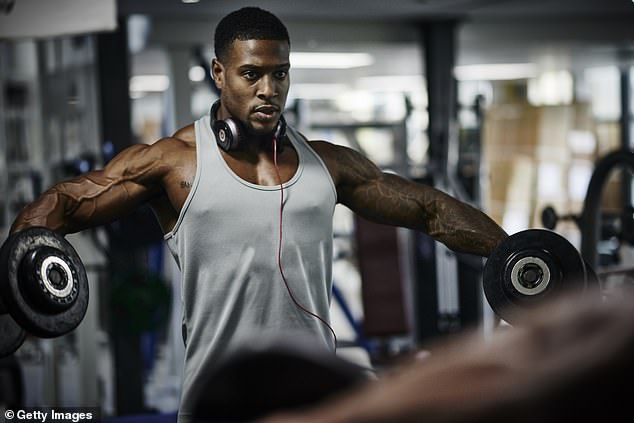 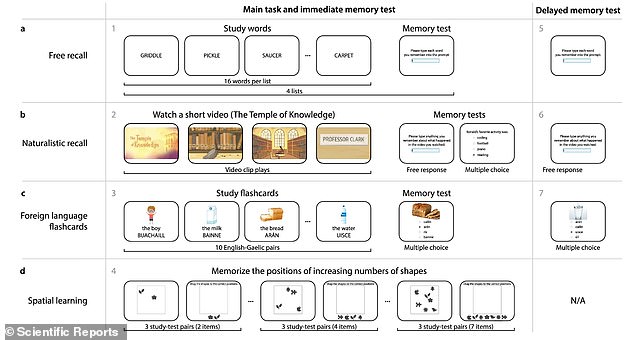 The four memory tests included remembering an assorted list of words, watching a short video and answering a short quiz after, studying flashcards that simulated foreign language learning and remembering where small objects were placed within a space.

‘Mental health and memory are central to nearly everything we do in our everyday lives,’ Dr Jeremy Manning, an assistant professor of psychological and brain sciences at Dartmouth, said in a statement.

‘Our study is trying to build a foundation for understanding how different intensities of physical exercise affect different aspects of mental and cognitive health.’

Researchers, who published their findings last week in Scientific Reports, gathered data from 113 FitBit users for the study.

Waking up closer to dawn and staying active throughout the day boosts mood and cognition, study finds

Waking up early and staying consistently active throughout the day can improve a person’s cognition and make them happier, a new study finds.

Researchers at the University of Pittsburgh Medical Center (UPMC) found that elderly adults who woke up before 7 a.m. and got consistent, regular, physical activity each day scored better on cognitive tests and reported lower rates of depression.

Interestingly, the study found that length of time exercising mattered more to brain health than intensity. Participants who went through intensive exercise for a half-hour to hour each day saw little benefit compared to those who performed light activity like walking during a large portion of their waking hours.

While exercise has long been tied to better cognitive function, the study finds that exercising consistently and living on a more regular schedule could be the most important factor of all when it comes to maintaining cognitive health in older age.

‘Many older adults had robust patterns: They get up before 7 a.m. on average, and they keep going; they stay active for 15 hours or so each day. They also tend to follow the same pattern day in, day out,’ Dr Stephen Smagula, an assistant psychiatry professor at UPMC, said in a statement.

‘Lo and behold, those same adults were happier, less depressed and had better cognitive function than other participants.’

Each shared their fitness data – as tracked by the device – from the past year with researchers, performed memory tests and answered surveys about their mental health.

The four memory tests included remembering an assorted list of words, watching a short video and answering a short quiz after, studying flashcards that simulated foreign language learning and remembering where small objects were placed within a space.

Judging by previous research, the Dartmouth team expected that the more intensive exercise group to perform better in all types of memory than their peers, but this was not the case.

People whose primary exercise over the past year was described as ‘moderate’ performed better than their peers who took part in more excessive training on episodic memory tests.

Researchers describe episodic memory as the ability to remember autobiographical events, like explaining what a person did the day before.

Those who took part in more intensive workouts performed better on spatial memory, which is a person’s ability to remember the locations of things.

There was no significant difference found in scores on associative memory examinations.

Any exercise is better than no exercise, though, with active participants testing better on overall memory that their more sedentary counterparts.

Researchers also found that people suffering from anxiety or depression perform better on spatial and associative memory tasks than others do.

‘When it comes to physical activity, memory, and mental health, there’s a really complicated dynamic at play that cannot be summarized in single sentences like ‘walking improves your memory’ or ‘stress hurts your memory,’ Manning explained.

‘Instead, specific forms of physical activity and specific aspects of mental health seem to affect each aspect of memory differently.’

This is not the only recent study to find potential benefits in moderate exercise over more intensive work-outs when it comes to cognitive health.

A study published last week by researchers at the University of Pittsburgh Medical Center found that moderate exercise throughout the day was more valuable that short bursts of intensive physical activity for elderly people looking to keep their brain in shape.