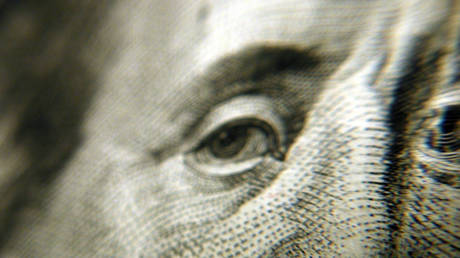 The US currency has jumped to a two-decade high

The US dollar soared to 20-year highs early on Wednesday amid growing investor concerns after Russian President Vladimir Putin accused the West of “nuclear blackmail” and ordered a limited mobilization of reservist troops to protect the country’s territorial integrity.

The dollar was already elevated ahead of another likely aggressive rate-hike decision by the Federal Reserve expected later on Wednesday. The news pushed the greenback up 0.5% against a basket of major global currencies to its highest level since 2002. The US dollar, which is typically seen as a safe-haven asset by investors, tends to strengthen when geopolitical tension weighs on market sentiment for risk. Other safe haven assets, such as gold and bonds, were also on the rise.

Meanwhile, the euro dropped as low as $0.9885 in early trading. The British pound was also down to $1.1345, extending its declines after hitting a 37-year low against the dollar last week. Asian markets were back in the red, reversing Tuesday’s bounce.

Oil prices jumped sharply on renewed supply concerns, with benchmark Brent rising more than 2.5% to above $93 a barrel and the US West Texas Intermediate (WTI) futures up to $86.29.

Previous post Are Gun Owners the Future of the Gun-Control Movement?