Researchers from the University of North Carolina found that elderly Americans who were already suffering from demonstrable cognitive issues could benefit greatly from eating the fruit each day. In many cases, their brain health reached the same levels of people with no known history of cognitive decline.

There are currently no known cures for conditions like dementia. Reliable treatments to slow down its progression have not been discovered either. The findings of this study are potentially groundbreaking, showing that a simple fruit can potentially do what medicine developed after decades of medical research could not.

Blueberries have long been known as a ‘superfood’, with its antioxidant properties and multitude of other vitamins and minerals tied to brain health and reductions in heart disease and cancer risk, among other health benefits. 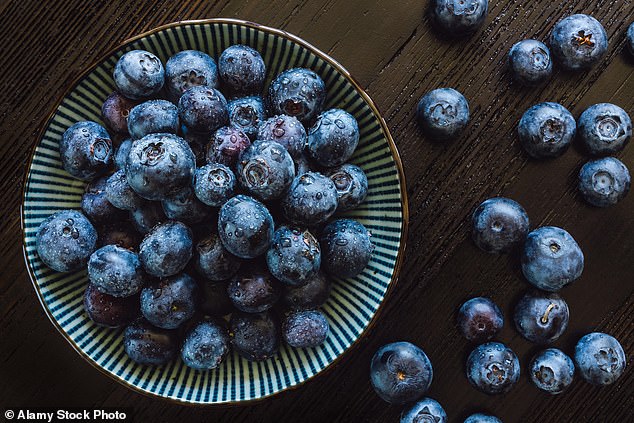 Researchers, who published their findings earlier this month in Nutritional Neuroscience, gathered data from 86 elderly adults between the ages of 65 and 80.

The group all self-reported cognitive issues. Another 43 people in the same age range without reported brain issues were recruited to serve as a control group.

After an initial screening to determine cognitive functioning at the start of the study, participants were split into two groups – one added wild blueberry powder to their diets and the other was a placebo.

Dr Carol Cheatham, an associate professor, psychology & neuroscience at UNC who led the research explained to DailyMail.com that this study specifically used wild blueberries from Maine.

Phytochemicals in the berries have evolved defenses from skin cancer, pests and other elements in the harsh northeastern environment.

As a result, these phytochemicals are rich in chemicals that are great for a person’s cognitive health.

‘Phytochemicals are compounds in plants that develop to defend the plant from environmental stress, fungi, bacteria, and viruses,’ Dr Mary Ann Lila, an author of the paper from North Carolina State University said in a statement. 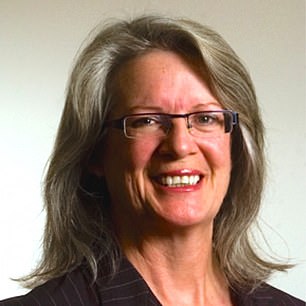 Dr Carol Cheatham (pictured), lead author of the study, said she mixes two cups of blueberries into her diet each day to boost her brain health

‘Once consumed by humans, they transfer these health benefits to us. The research study conducted here at the NRI shows that the phytochemicals specific to the wild blueberry are important for brain health.’

Participants mixed the powder into their food each day. Six months later, they were screen for cognitive health once again.

Researchers found that those who consumed the blueberries each day had their mental processing speed greatly recover after the period.

It was restored to the point that on average they had the same processing speed as the control group who reported no cognitive decline.

Processing speed is the ability that the brain can store and then recall information. The researchers nots that it is key to all brain function – and its improvement shows an overall jump in brain health.

While the study was relatively small, Cheatham is hopeful that her team has found a natural solution to the cognitive issues affecting millions of Americans.

These wild blueberries are available in the frozen fruit section of many grocery stores around America.

If a person cannot find them, though, she recommends any blue-colored fruit, like other blueberries, purple grapes or blackberries, to get a smaller boost in cognitive health.

Cheatham said that she has personally mixed blueberries into her everyday diet, mixing around two cups of them into a smoothie every morning.

An average person hoping to keep their brain in top shape is recommended to mix the berries into their diet daily if possible, and even amounts much smaller to Cheatham’s daily intake can be effective.

‘Eating wild blueberries has no side-effects,’ she said.