Nightmares in your 40s or 50s may be a dementia warning sign, study claims

Dementia may be lurking around the corner for middle-aged adults who regularly experience nightmares, a study suggests.

Researchers say bad dreams become common in the years — and potentially even decades — before memory loss kicks in.

The University of Birmingham team said their findings were ‘important’, and could help spot patients in the ‘earliest stages’ of dementia. 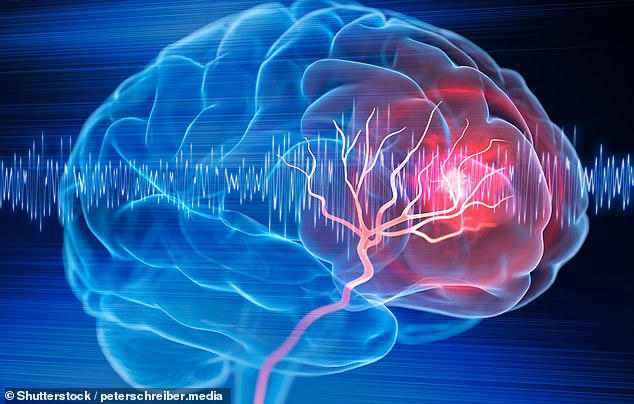 ‘While more works needs to be done to confirm these links, we believe bad dreams could be a useful way to identify individuals at high risk.’

This could allow doctors to adopt ‘strategies to slow down the onset of the disease’, he added.

Eating healthily and exercising regularly are just two factors understood to slash the risk of getting the cruel disorder, which affects 850,000 in Britain and 6million in the US.

Although incurable, identifying dementia early can help to slow down the disease’s devastating progression.

The study, published in the journal eClinicalMedicine, consisted of two parts.

Under the first arm of the project, 605 dementia-free adults, aged between 35 and 64, were followed for an average of nine years.

They were asked to complete memory tests at the start of the study, and once again at the end. Volunteers were also quizzed about their sleeping patterns, and whether they experienced nightmares.

Details from the memory tests were used to track how quickly their brain power had deteriorated.

This is known as ‘cognitive decline’, and is a natural consequence of ageing. Faster than expected decline can be a pre-cursor to dementia, however.

More than 2,600 over-80s were involved in the second part of the study. None of the participants had dementia.

They were tracked for five years, on average, and also grilled about their experiences of nightmares.

But instead of being asked to complete memory tests, researchers looked at medical records to determine whether the volunteers had been diagnosed with dementia.

Middle-aged adults who experienced at least two nightmares a week were four times more likely to experience ‘significant’ cognitive decline, compared to those who did not suffer any.

Results also showed over-80s plagued by nightmares were twice as likely to end up being diagnosed with dementia.

Researchers do not believe nightmares — which 5 per cent of adults regularly suffer from — cause dementia.

Instead, they think they may potentially be a by-product of neurodegeneration in the right frontal lobe.

WHAT IS DEMENTIA? THE KILLER DISEASE THAT ROBS SUFFERERS OF THEIR MEMORIES

Dementia is an umbrella term used to describe a range of progressive neurological disorders (those affecting the brain) which impact memory, thinking and behaviour.

There are many different types of dementia, of which Alzheimer’s disease is the most common.

Some people may have a combination of types of dementia.

Regardless of which type is diagnosed, each person will experience their dementia in their own unique way.

Dementia is a global concern but it is most often seen in wealthier countries, where people are likely to live into very old age.

HOW MANY PEOPLE ARE AFFECTED?

The Alzheimer’s Society reports there are more than 900,000 people living with dementia in the UK today. This is projected to rise to 1.6million by 2040.

Alzheimer’s disease is the most common type of dementia, affecting between 50 and 75 per cent of those diagnosed.

In the US, it’s estimated there are 5.5 million Alzheimer’s sufferers. A similar percentage rise is expected in the coming years.

As a person’s age increases, so does the risk of them developing dementia.

Rates of diagnosis are improving but many people with dementia are thought to still be undiagnosed.

IS THERE A CURE?

Currently there is no cure for dementia.

But new drugs can slow down its progression and the earlier it is spotted the more effective treatments are.