At 65-and-a-half years old, I am rapidly approaching retirement age (for men and women of my vintage, it’s 66).

While I’m happy to continue doing what I am doing (writing, making TV documentaries and podcasts), lots of my friends are retiring — and most seem content with their new, less affluent but more relaxed lives.

It obviously depends on your circumstances, but retirement clearly suits many of us. A survey of 300,000 people by the Office for National Statistics in 2016 found that levels of ‘life satisfaction’ and ‘happiness’, which were lowest in those aged between 45 and 59, peaked between the ages of 65 and 79, then slowly declined.

So that’s something to look forward to if you haven’t yet hit your 60s.

Your personality is also key to how much you enjoy retirement. 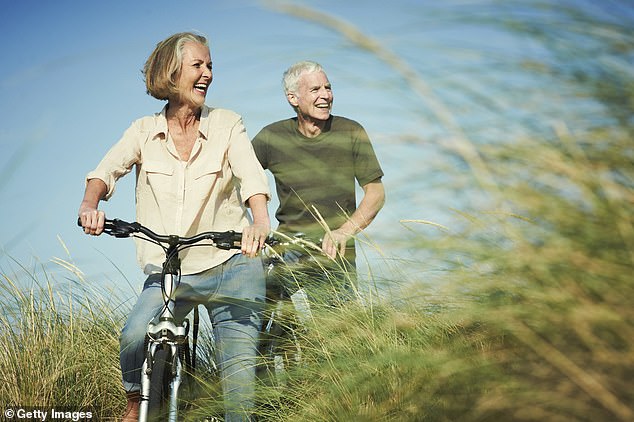 In a recent survey by Kasetsart University in Thailand, more than 2,000 British retirees, aged 50 to 75, were asked to do a personality test and also rate their level of life satisfaction

In a recent survey by Kasetsart University in Thailand, more than 2,000 British retirees, aged 50 to 75, were asked to do a personality test and also rate their level of life satisfaction.

Those who were rated ‘conscientious’ or ‘agreeable’ enjoyed retirement most, while extroverts struggled. The researchers said this is probably because extroverts miss the social contact you get from working.

But enjoying your retirement also depends on having enough money and being in reasonable health.

I’ve been thinking a lot about healthy ageing recently as I’m currently making a TV series on super-agers — people in their 70s and 80s who have the brains and bodies of those decades younger.

A survey of 300,000 people by the Office for National Statistics in 2016 found that levels of ‘life satisfaction’ and ‘happiness’, which were lowest in those aged between 45 and 59, peaked between the ages of 65 and 79, then slowly declined

I’ve spent a lot of time talking to scientists about the ageing process and why some people seem to age so much slower than others.

What’s particularly fascinating is the work being done on ‘epigenetic’ clocks: these are tests used to measure your biological age — how old your body really is, not just what it says on your passport.

The traditional view of ageing is that it’s caused by a slow build-up of damage at a cellular level.

Just like a car, bits of us get broken or wear out. The problem is that it’s difficult to put a number on this.

An epigenetic clock test, instead, measures so-called DNA methylation levels: the extent to which special molecules, called methyl groups, have latched on to the DNA in your cells.

You can think of methyl groups as a bit like barnacles attaching themselves to the hull of a ship and slowing it down.

Our methyl group levels tend to rise in a very precise way as we get older. The epigenetic clock test is a powerful predictor of healthy ageing and life expectancy.

In a study in 2016, researchers at the University of California Los Angeles (UCLA) tested blood samples collected from more than 13,000 people before their deaths. Using the epigenetic clock test, they were able to predict their lifespans with a high degree of accuracy.

More recently, the same scientists showed that this epigenetic clock test can predict the biological age and life expectancy of all sorts of different animals, from elephants to kangaroos, rhinos and goats. 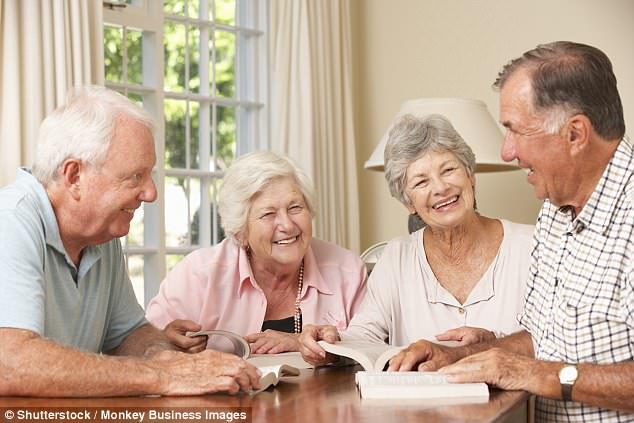 Dr Michael Mosley:  I’ve spent a lot of time talking to scientists about the ageing process and why some people seem to age so much slower than others

You can actually buy epigenetic clock tests online, but their real value lies in measuring the effectiveness of anti-ageing therapies — the idea is you’d take the test before an intervention, then after, to see if it’s made any difference.

Although it sounds macabre, one of the most promising current anti-ageing therapies involves being infused with young blood.

A 2020 study in the journal Science showed that giving blood from young, active mice to old mice made the older mice smarter, more alert, and led to the growth of new brain cells. In another study, published recently as a pre-print (meaning it’s not yet been formally accepted by a journal), the UCLA researchers showed that this kind of blood transfusion also improved older mice’s grip strength and rejuvenated their hearts, livers and memories. Amazingly, it also halved their biological age.

Research is now under way to find out exactly what it is in young blood that has these remarkable, rejuvenating effects. But it’s not yet being used in humans.

For instance, research published in the journal Cell in 2019 showed that taking a cocktail of common drugs could reverse people’s biological age.

In the study, nine healthy male volunteers aged 50 to 65 took a combination of a growth hormone, metformin (commonly used for type 2 diabetes) and a drug called DHEA (a synthetic version of a hormone our bodies naturally produce and that helps in the production of sex hormones such as testosterone and oestrogen).

After a year, not only had their biological ages dropped by an average of two-and-a-half years, but their immune systems showed clear signs of being rejuvenated. This was a small trial, so you can’t read too much into it, but a much larger study is now under way.

We’re not going to be guzzling anti-ageing drugs or infusing ourselves with young blood any time soon, but there are some lifestyle changes that have been shown to make a difference.

In a study last year in the journal Ageing, 43 men were asked to either follow an eight-week lifestyle programme — which included intermittent fasting, 30 minutes of brisk exercise a day and twice-daily breathing exercises to reduce stress — or act as a control.

After just two months, the men on the programme reduced their biological age by 1.96 years on average, while the control group had got a bit older.

So if your job is stressing you out and retirement or going part-time isn’t an option, then that might be something you should consider. It could buy you more time.