Qatar Airways named world’s best airline at the ‘Oscars of Aviation’ for the seventh year running, with BA 11th, Delta top in the U.S and Ryanair declared No.1 budget European carrier

By Ailbhe Macmahon For Mailonline

Qatar Airways has been named the world’s best airline for a record seventh year in a row at the ‘Oscars of Aviation’.

The carrier reigned supreme over 350 airlines at the Skytrax World Airline Awards 2022, with Singapore Airlines in second place and Emirates in third.

The leading UK airline is British Airways, which ranks 11th worldwide for the second year running. The number one carrier in North America, meanwhile, is Delta Air Lines, which has climbed the ranks from 30th to 24th worldwide, while Qantas is top in Australia/Pacific and moves up from eighth to fifth in the global ranking. 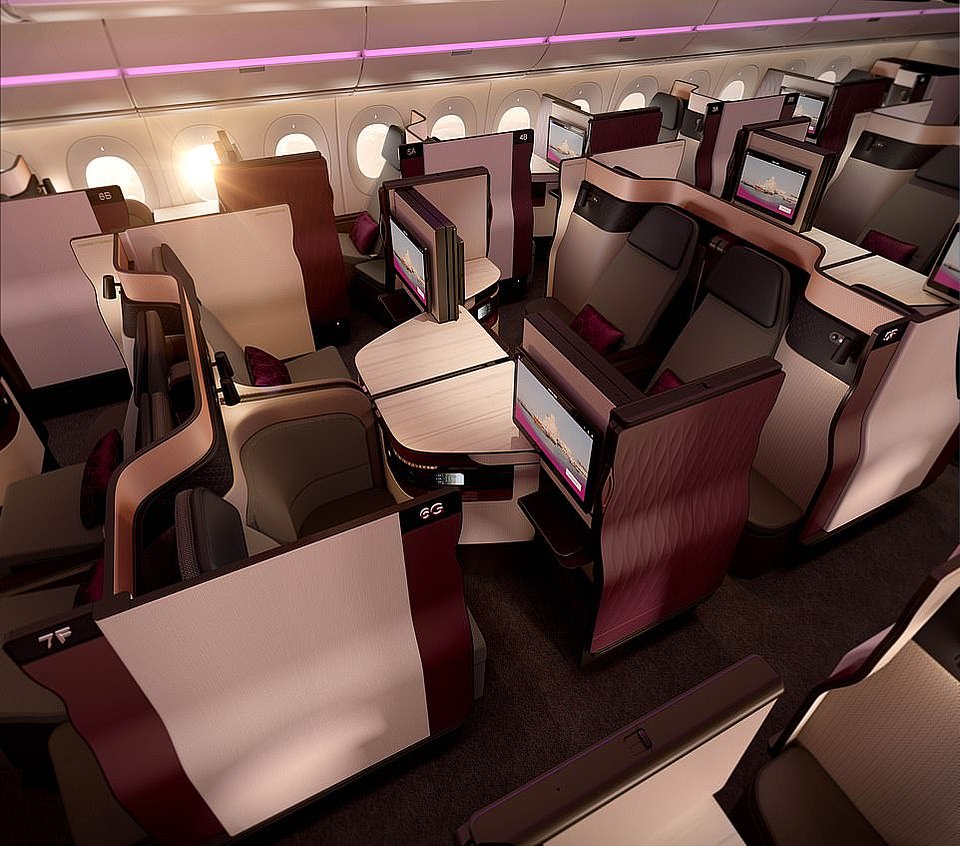 Qatar Airways has been named the world’s best airline for a record seventh year in a row at the ‘Oscars of Aviation’ – the Skytrax World Airline Awards. Above are the airline’s business class ‘Qsuites’ 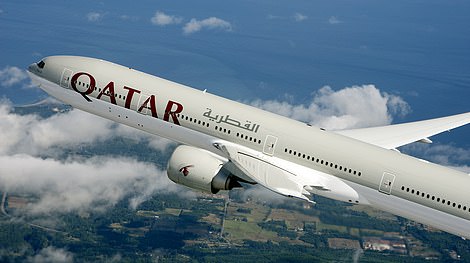 Edward Plaisted of Skytrax says that for Qatar Airways to win for the seventh time in a row is a ‘unique and remarkable achievement’.

He continues: ‘Qatar Airways was the largest airline to have flown consistently throughout the Covid-19 pandemic, with their network never falling below 30 destinations, and that determination has clearly been well recognised by customers with this award as Airline of the Year 2022.’

THE BEST LOW-COST AIRLINES IN EUROPE 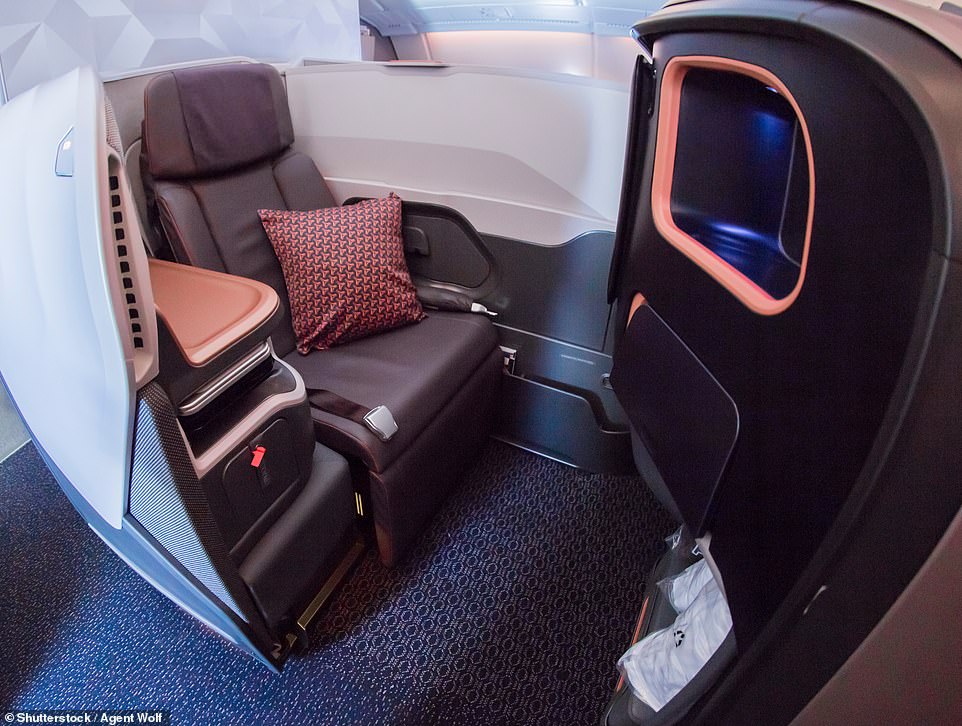 Singapore Airlines ranks in second place worldwide, and takes the gold medal for World’s Best Cabin Staff and the World’s Best First Class. Pictured is one of the business class seats in an Airbus A380 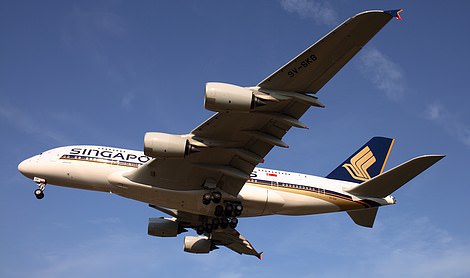 Pictured is a Singapore Airlines Airbus A380-800

Qatar Airways Group Chief Executive, His Excellency Mr Akbar Al Baker, says: ‘To be named as the World’s Best Airline was always a goal when Qatar Airways was created, but to win it for the seventh time and pick up three additional awards is a testament to all the hard work of our incredible employees.

‘Their continued dedication and drive is to ensure our passengers have the best experience possible when they fly with Qatar Airways.

‘To win these awards in the same year that we celebrate our 25th anniversary is even more rewarding and I want to offer a sincere thanks to all our passengers who voted for us. Your support drives us to greater achievements every day. We value your loyalty and aim to create memories of a lifetime when you fly with Qatar Airways.’ 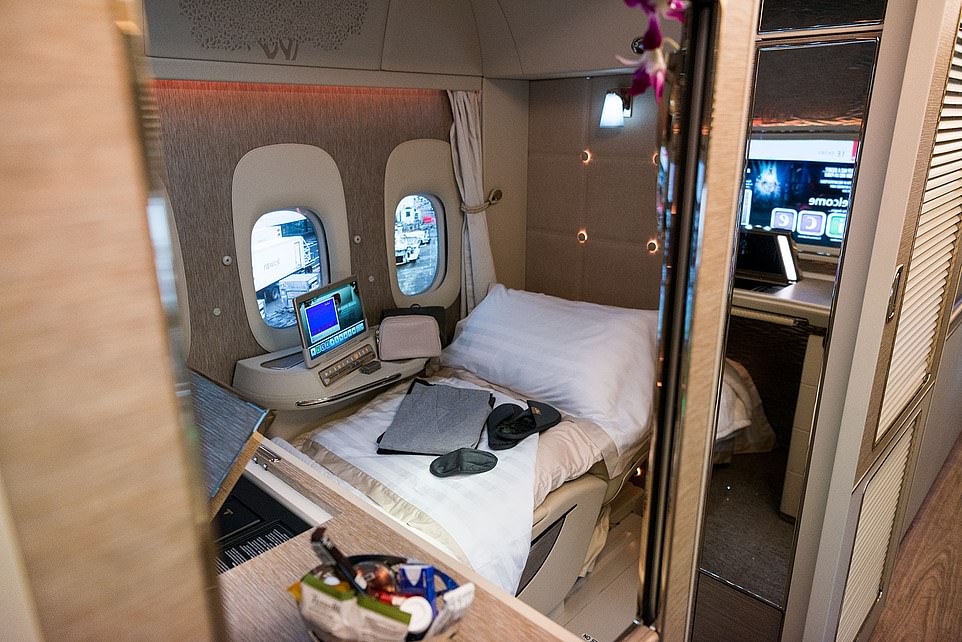 Emirates is ranked in 2022 as the third-best airline in the world. Pictured above is one of its dreamy private suites 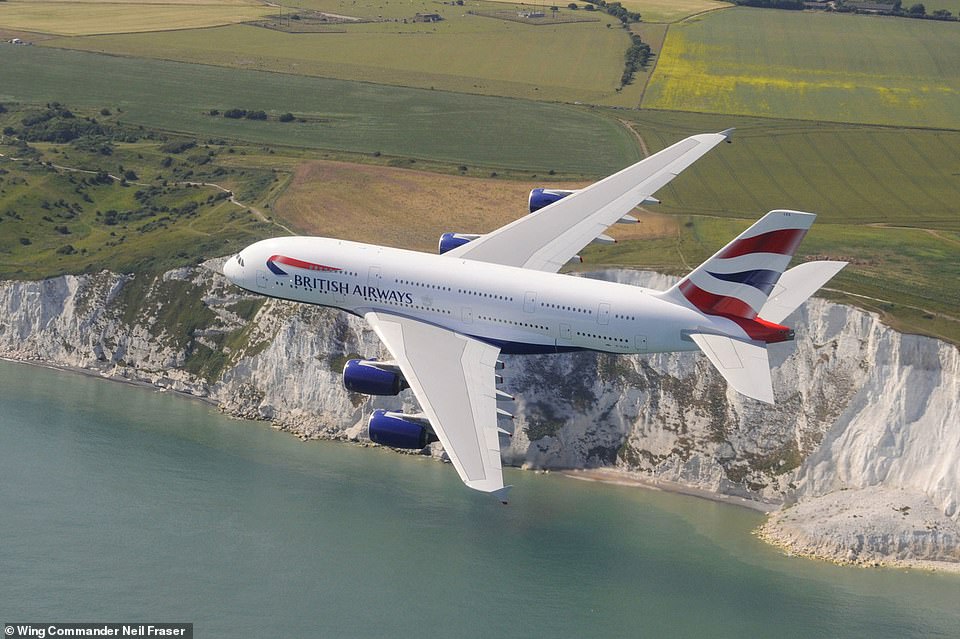 The leading UK airline is British Airways, which ranks 11th worldwide for the second year running. One of the airline’s A380 planes is pictured above flying over the White Cliffs of Dover 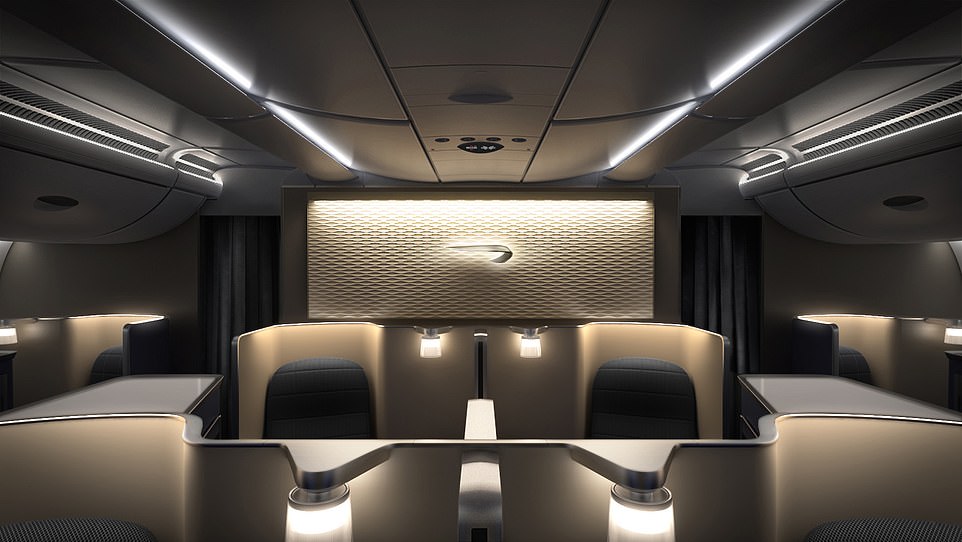 British Airways snared Best Airline Staff Service in Europe and Best Cabin Crew in Europe at the awards. The first class cabin of a BA A380 is pictured above 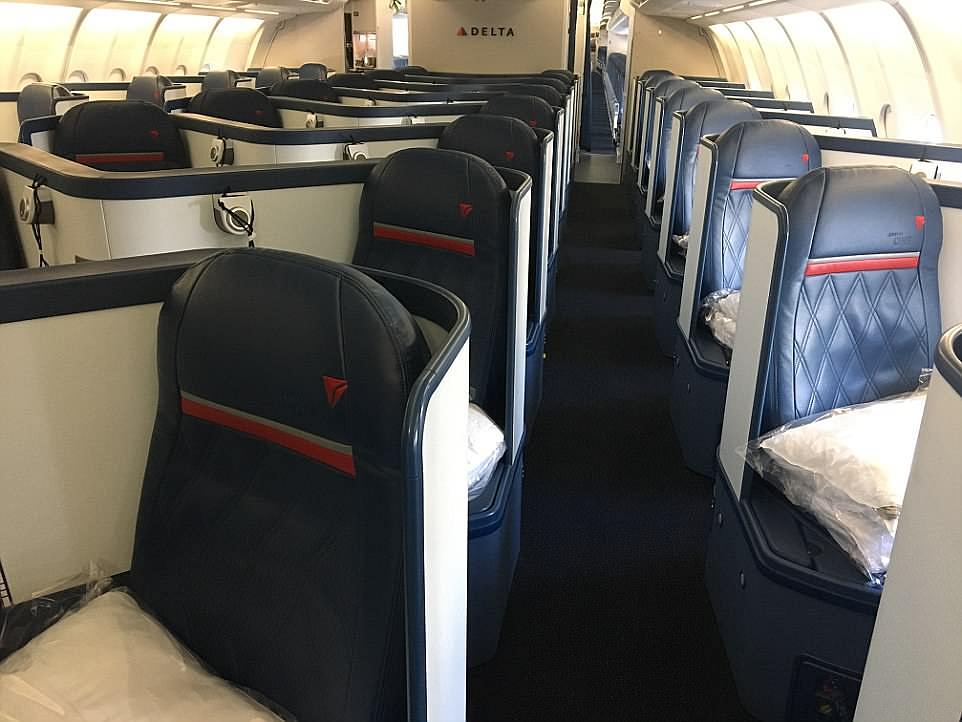 The number one carrier in North America is Delta Air Lines. Pictured is the airline’s ‘Delta One’ business class cabin

For the first time ever, Ryanair (40th worldwide) has been named the Best Low-Cost Airline in Europe, with Vueling Airlines in second place and easyJet third. 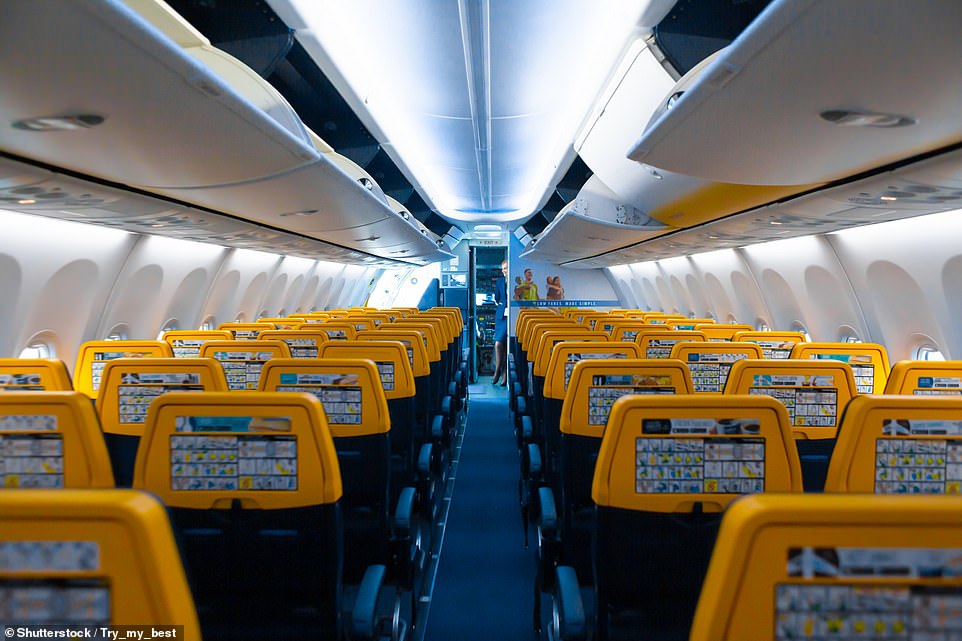 For the first time ever, Ryanair (40th worldwide) has been named Best Low-Cost Airline in Europe 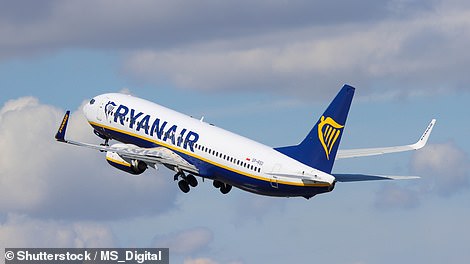 The winners of the Skytrax World Airline Awards are decided by a huge passenger satisfaction survey. This year over 100 customer nationalities participated in it, with the 2022 Awards based on 14.32million eligible survey entries. The online survey operated from September 2021 to August 2022. 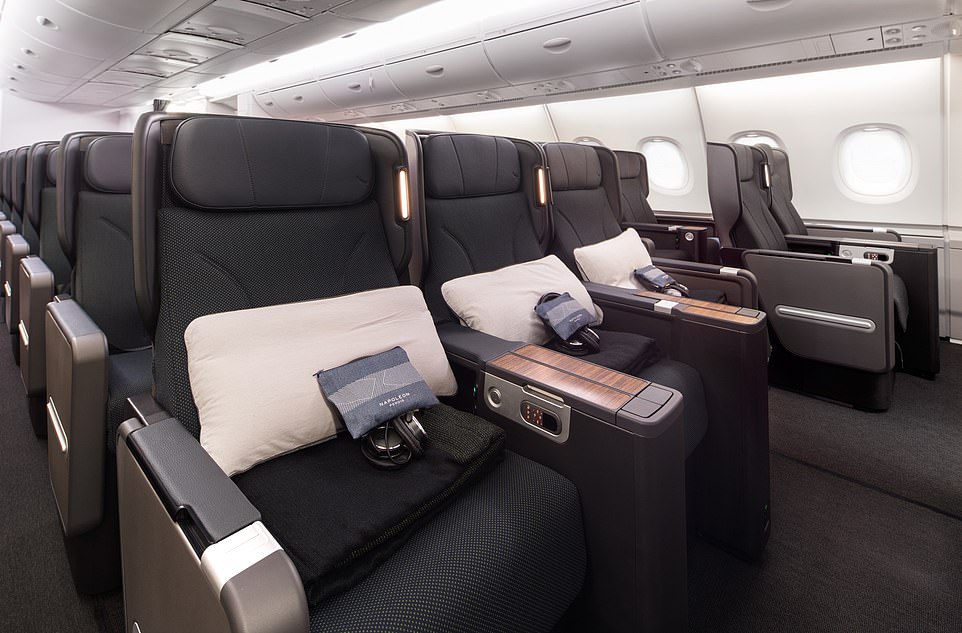 Qantas is top in Australia/Pacific and moves up from eighth to fifth in the global ranking. Above is the carrier’s Premium Economy cabin

Next post Autumn has finally arrived! September Equinox is TODAY