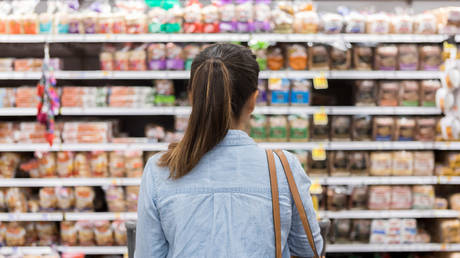 Figures dropped more than expected this month, according to researcher GfK

UK consumer confidence has fallen to its lowest since records began in 1974 amid deep concerns about personal finances and the economy over the next 12 months, a study by research group GfK found.

According to the report, issued on Friday, the confidence index decreased by five points to -49 this month, worse than earlier projections by the economists. The reading marked the fourth new low out of the last five months, with all measures once again severely depressed.

The savings index also slumped, coming in at 11 points lower than this time last year.

“They are asking themselves when and how the situation will improve. Today’s mini-budget, and the longer-term agenda to drive the economy and help rebalance household finances, will be the first major opportunity to deliver that improvement. It will also be a major test for the popularity of Liz Truss’ new Government,” he explained.

The report comes as UK inflation is hovering around double-digit figures, and is expected to climb higher in the coming months. It is currently almost five times above the Bank of England’s 2% target, at 9.9%.