Sweet rides! Motorheads share the wackiest cars roaming the roads – including a vehicle fitted with shark teeth and another painted like a Sphynx cat

By Elmira Tanatarova For Mailonline

People from around the world have been sharing some of the whacky, flashy cars they’ve seen driving around.

One of these sweet rides included a vehicle decorated to look like it has spiky teeth and another was decorated as a mobile crab.

A selection of the chaotic road roamers has been collated by online trivia site Bored Panda.

Here, FEMAIL shares some of the most unusual style choices made by motorists. 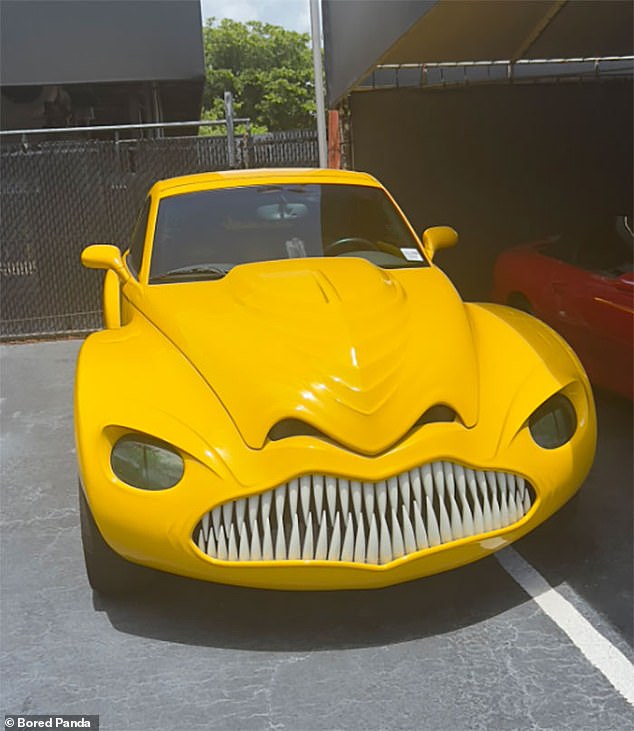 People from around the world have been sharing some of the whacky, flashy cars they’ve seen driving around (pictured, One user decided to bring fish to land as they decorated their car bumper with menacing shark teeth) 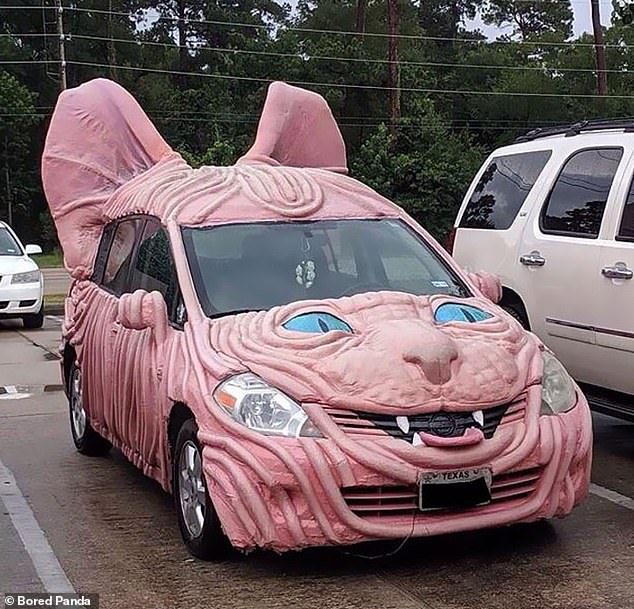 One driver in Texas, U.S., appeared to show off their love of felines as they decorated their car to look like a Sphynx cat, painted an unsettlingly fleshy shade of pink 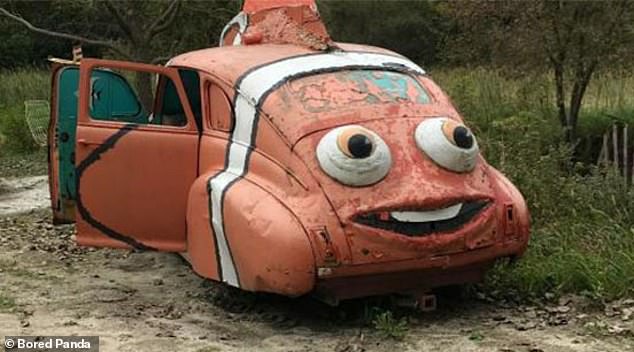 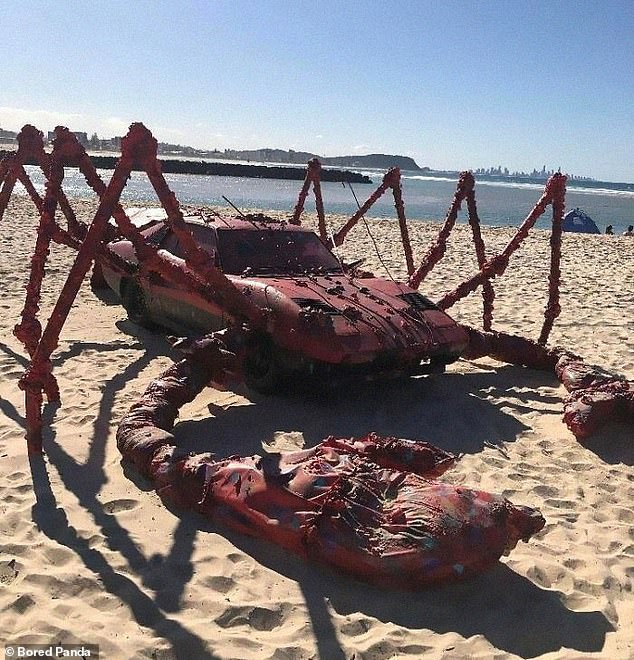 This beach-themed ride, painted red and decorated with pincers, has been transformed to look like a crab 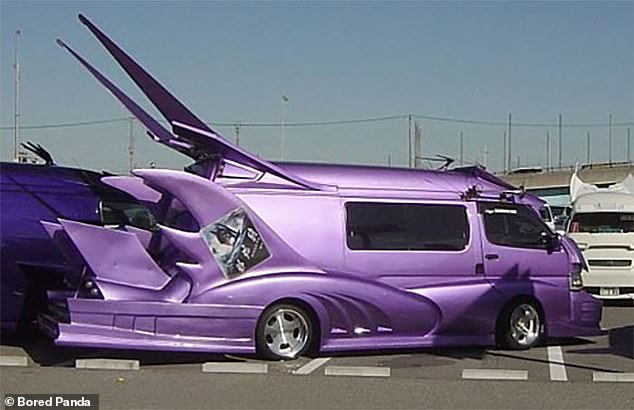 This Batmobile inspired vehicle will definitely catch your eye while sat in traffic, decorated with a dramatic flair 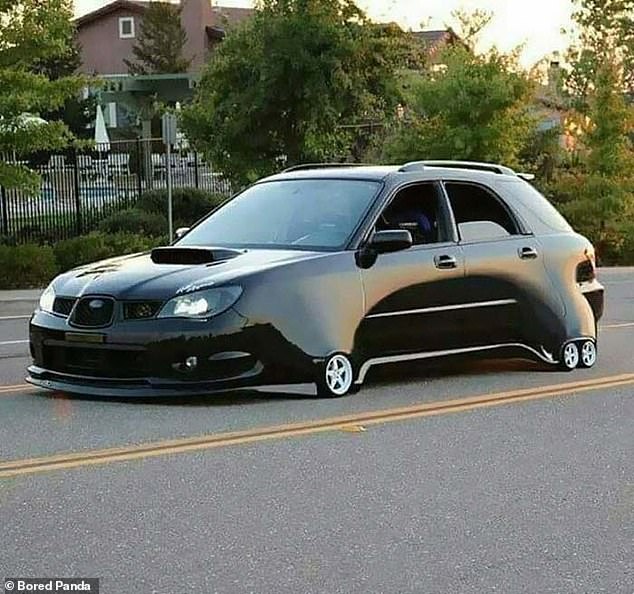 At first glance this looks like a chic, regular car – until you look down and see its exceptionally tiny wheels 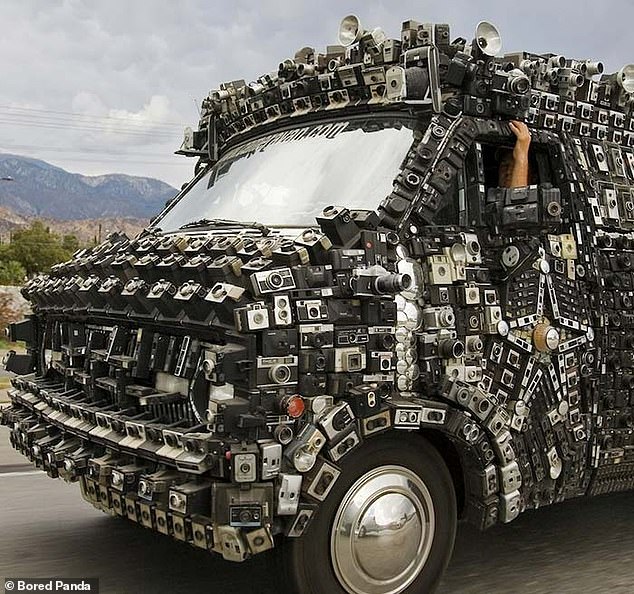 Say cheese! One user showed their commitment to a theme with a truck decorated by what looks to be hundreds of cameras 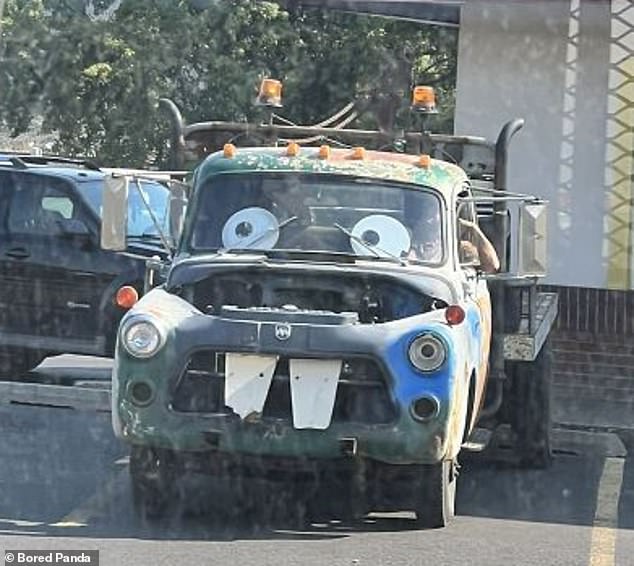 Disney Pixar’s Cars can be seen brought to life here, with a truck decorated to look like the film’s fan favourite Sir Tow Mater 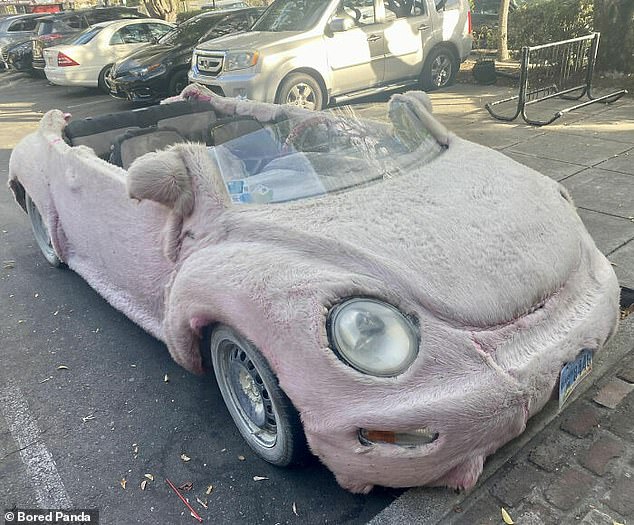 Why just paint your car when you can take it to a whole new level? This user opted for texture as well as shade with a soft pink throw atop their vehicle 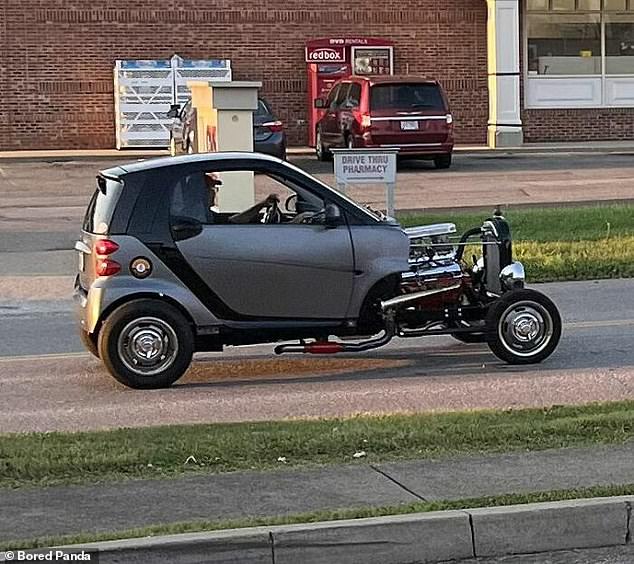 This American driver decided to mix old and new together, decorating their regular 21st century car to feature a vintage vehicle front 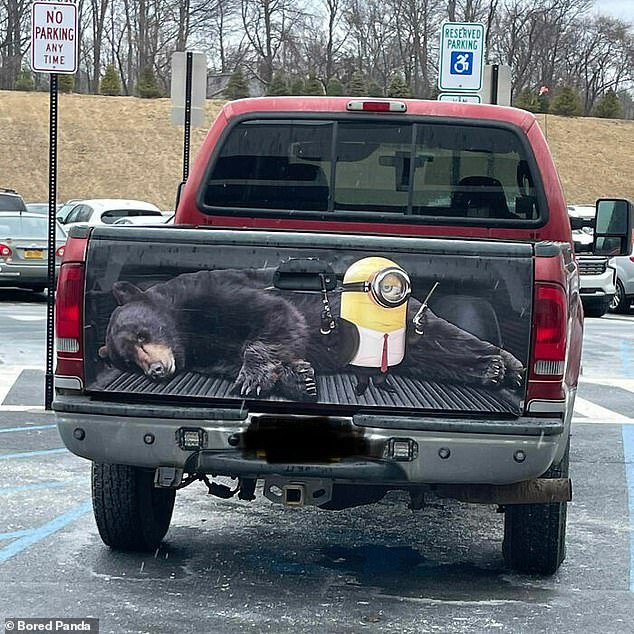 One driver, from the US, decorated their truck with a puzzling but entertaining image of a Despicable Me minion and a bear 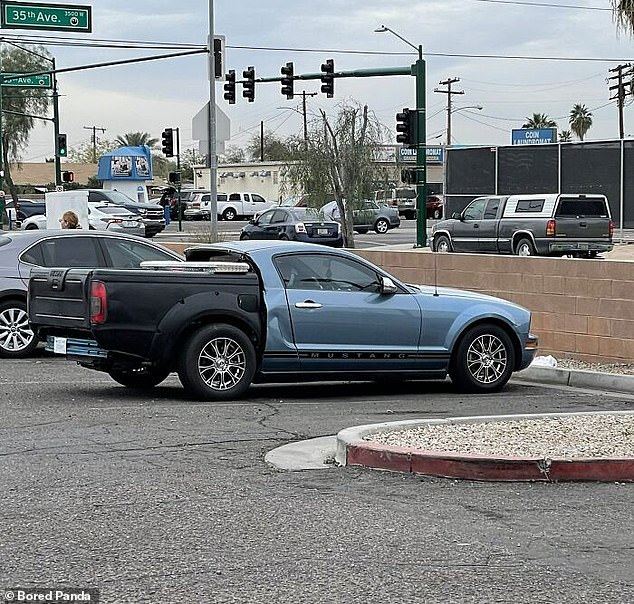 Why choose one? One driver in the US, seemingly unable to choose what car they wanted, appeared to just mesh the two together

Previous post Even SLIM type 2 diabetics can reverse their condition